B.C. reports three deaths due to COVID-19, no new cases on Vancouver Island 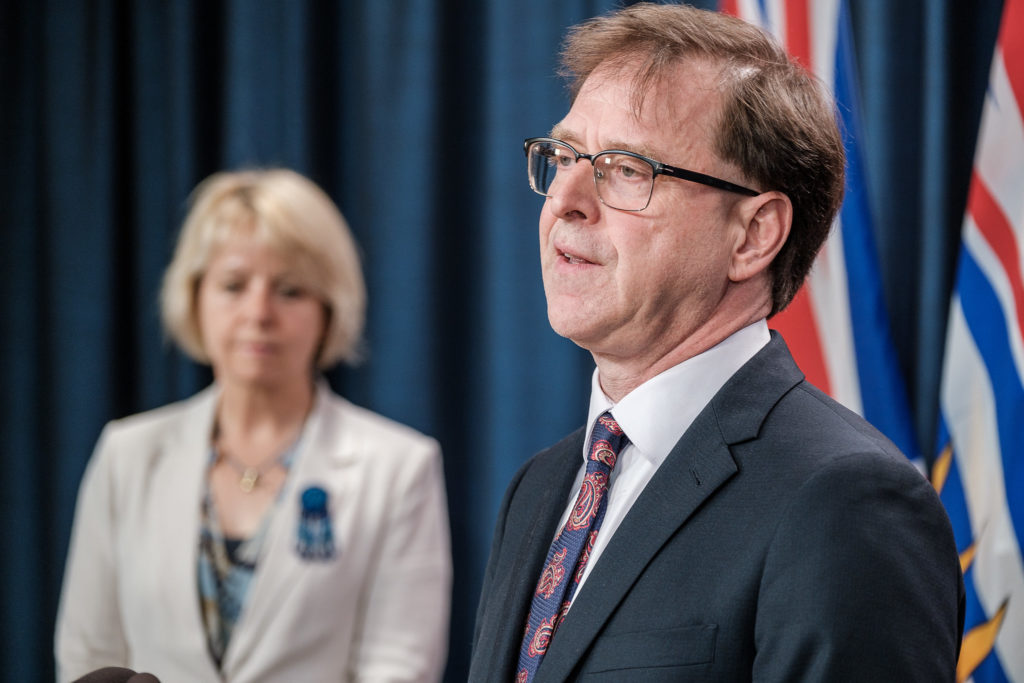 B.C. health officials reported 18 new cases and three deaths from COVID-19 on July 8.
Province of British Columbia
The total number of confirmed coronavirus cases in British Columbia has climbed above the 3,000 mark. B.C. health officials reported 18 new cases of COVID-19 and three deaths today. None of the new cases were on Vancouver Island while the three people who died were in the Vancouver Coastal Health region. The overall number of confirmed cases in British Columbia is now at 3,008 while the death toll stands at 186. Health officials did not provide a live update today but instead issued a statement, which said there are 162 active cases of COVID-19 in British Columbia and 17 people are currently in hospital with the virus, three of whom are in intensive care. A total of 2,660 people who tested positive for the virus have fully recovered. Since the start of the pandemic, there have now been 1,589 confirmed cases in the Fraser Health region 1,018 cases in the Vancouver Coastal Health region, 203 in the Interior Health region, 133 in the Island Health region, and 65 in the Northern Health region. Yesterday, Island Health reported its first new COVID-19 case since June. Unlike many other Canadian provinces and U.S. states, British Columbia reveals where new cases are by health authority region and not by city, town, or district. However, the province provides more geographical information when there has been a “community exposure” event. READ: New COVID-19 case reported on Vancouver Island In their released statement today, health officials said while there are no new health-care facility outbreaks of the virus, there has been a community exposure event at the No. 5 Orange, a strip club in Vancouver. Officials also said there are active outbreaks at two long-term or assisted-living facilities and one acute-care facility, but did not disclose the names of those facilities. “As we have seen in many other locations around the world, one slip can quickly cause a surge in new cases. We have also seen here in B.C. that our foundational rules for safe social interactions help to protect all of us,” the province said in a statement released to the media. Prior to B.C.’s latest COVID-19 numbers being released, Canada had recorded a total of 106,167 cases of the virus and 8,711 deaths since the pandemic first began. According to Health Canada, approximately 28 per cent of all COVID-19 infections in Canada occurred in people between the ages of 20-39 and 34 per cent of cases occurred in people over 60.
11.6 million cases of the COVID-19 have been recorded worldwide since the pandemic began according to the World Health Organization, and the United States remains the most infected country, with 2.9 million recorded cases.
B.C. health officials will provide a live update on COVID-19 on July 9 at 3 p.m. Premier John Horgan is also holding a live media event at 9:30 a.m. tomorrow. Do you have a story idea or news tip? E-mail us at [email protected]
Follow @npescod

Plane flying at an altitude of 60 metres when it went missing in B.C. last month, investigators say