British Columbia is reporting 587 new cases of COVID-19 for the entire province with five additional deaths in that span.

Of the 587 new cases, 21 are linked to the Island Health region.

Dr. Bonnie Henry says that 413 are in hospital – a decrease of 10 since May 13 – with 141 people in critical care as a result of the virus (no change from yesterday). There are currently 5,691 active cases in British Columbia.

There were five additional deaths related to the virus on Thursday. This brings the provincial death total over the course of the pandemic to 1,632.

Also as of Thursday, the total number of cases in British Columbia over the course of the pandemic has reached 137,810.

Health officials also said, to date, 2,335,513 doses of all three COVID-19 vaccines have been administered in the province, 119,691 of which are second doses.

Dr. Henry did provide an update stating that there has been a second case of vaccine-induced blood clotting that has been linked to an AstraZeneca dose.

The blood clotting case is a man in his forties, who is currently being treated in hospital and is in stable condition in the Fraser Health region.

“As we know this is a very rare, but serious condition and we are following it carefully,” said Dr. Henry. “Recognizing the symptoms and getting treatment early is important.”

As far as B.C.’s immunization rollout, Dr. Henry suggests that health officials are anticipating all adults will be eligible for booking their first dose of the vaccine soon.

“We are also working to actively incorporate the age groups of 12 to 17 into our immunization program,” stated Dr. Henry during a live press conference on Thursday.

More information on vaccines for the younger age groups will be made available next week.

As far as restrictions go, Dr. Henry suggested that the current public health orders will be eased at a slow pace and not all at once.

“We will not be seeing any changes to the measures that we have in place right now until after the May long weekend, and even then, it’s not going to be flicking the switch. It’s going to be gradually and slowly increasing the light.”

Travel is currently restricted between health authorities in British Columbia while other implemented protocols include a ban on indoor dining at restaurants and a suspension of group fitness activities.

According to the latest data provided by Island Health, there are currently 153 active cases on Vancouver Island.

Over the course of the pandemic, the Island Health region has reported 4,867 cases. 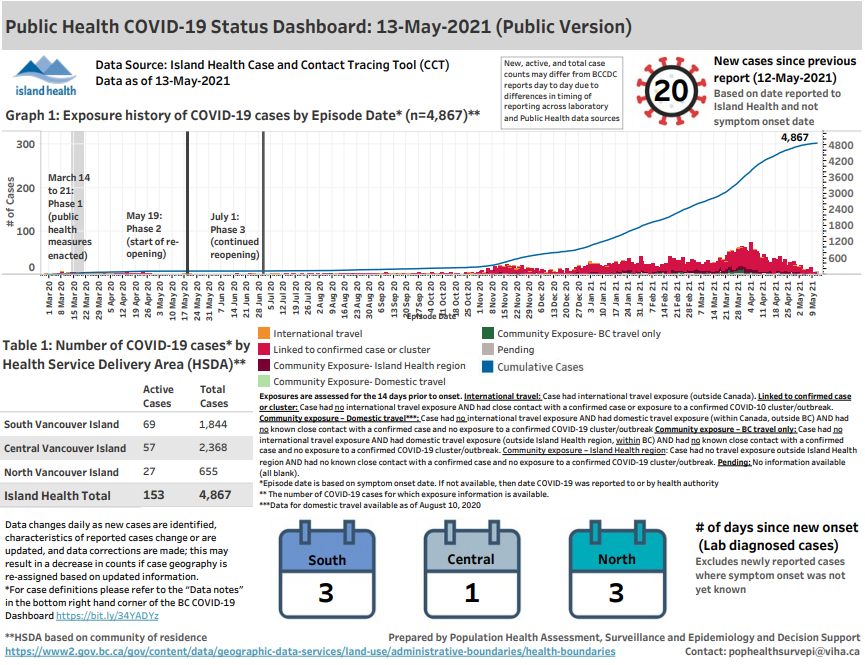 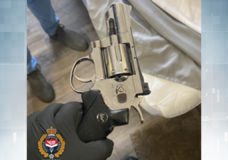 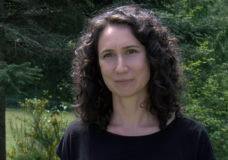 Nurse's bike stolen as she administered COVID-19 vaccines in Victoria