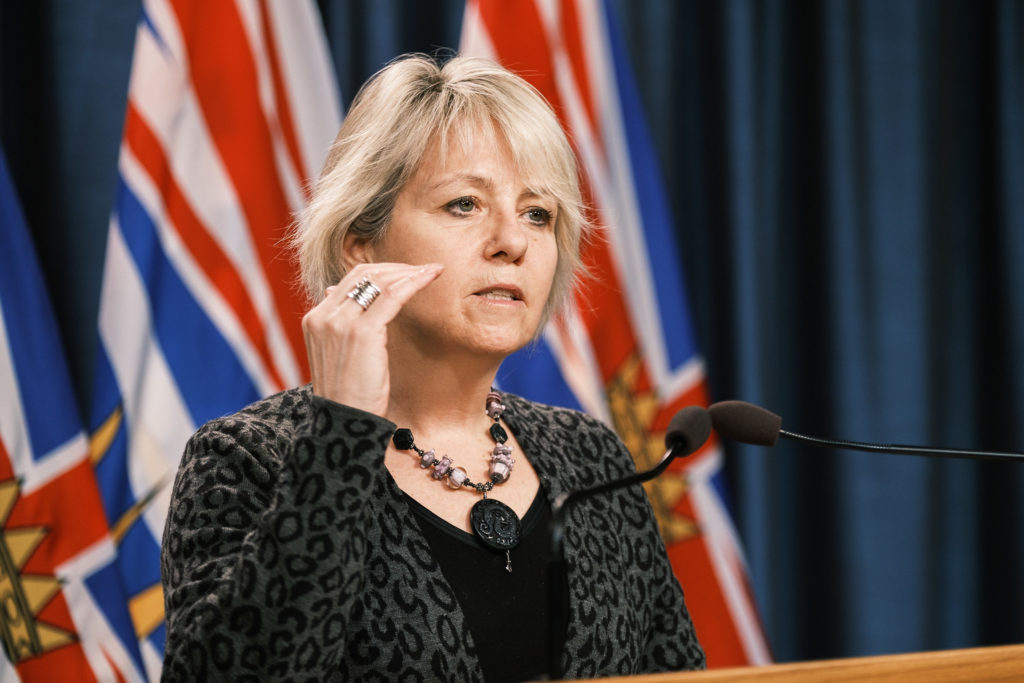 Officials also reported an additional 14 deaths in the past 24 hours. None of the new deaths were on Vancouver Island, a spokesperson for Island Health told CHEK News.

There are currently 4,345 active cases in the province, 320 people in hospital — 66 of whom are in intensive care — and 6,905 people under active public health monitoring due to possible exposure to an identified case.

In a statement released to the media, officials said while cases are high, the COVID-19 curve is “trending in the right direction.”

Once again, there is a discrepancy between the province’s data and Island Health’s data.

According to Island Health, there were 22 new cases of COVID-19 reported on Vancouver Island in the past 24 hours, not 32 as reported by the province.

There there are currently 177 active cases on Vancouver Island, a decrease of 10 cases since the province’s last update on Jan. 19. Of the active cases, 22 are on the south Island, 132 are on the central Island and 23 are on the north Island.

Over the course of the pandemic, a total of 1,328 cases of the virus have been reported in Island Health. 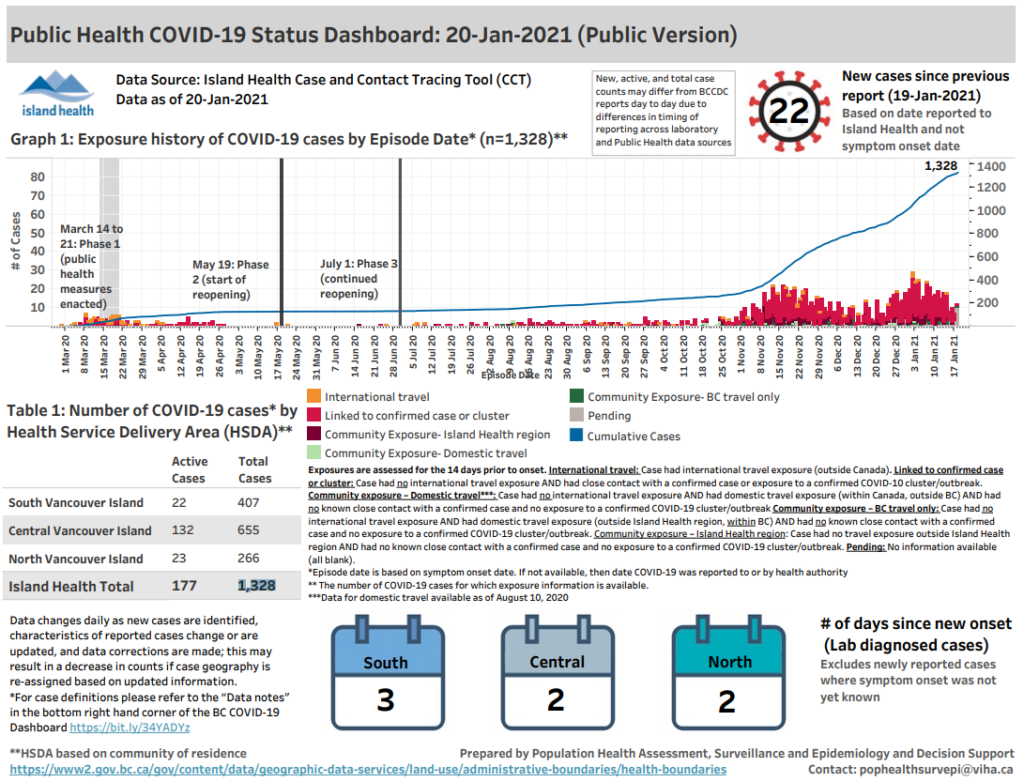 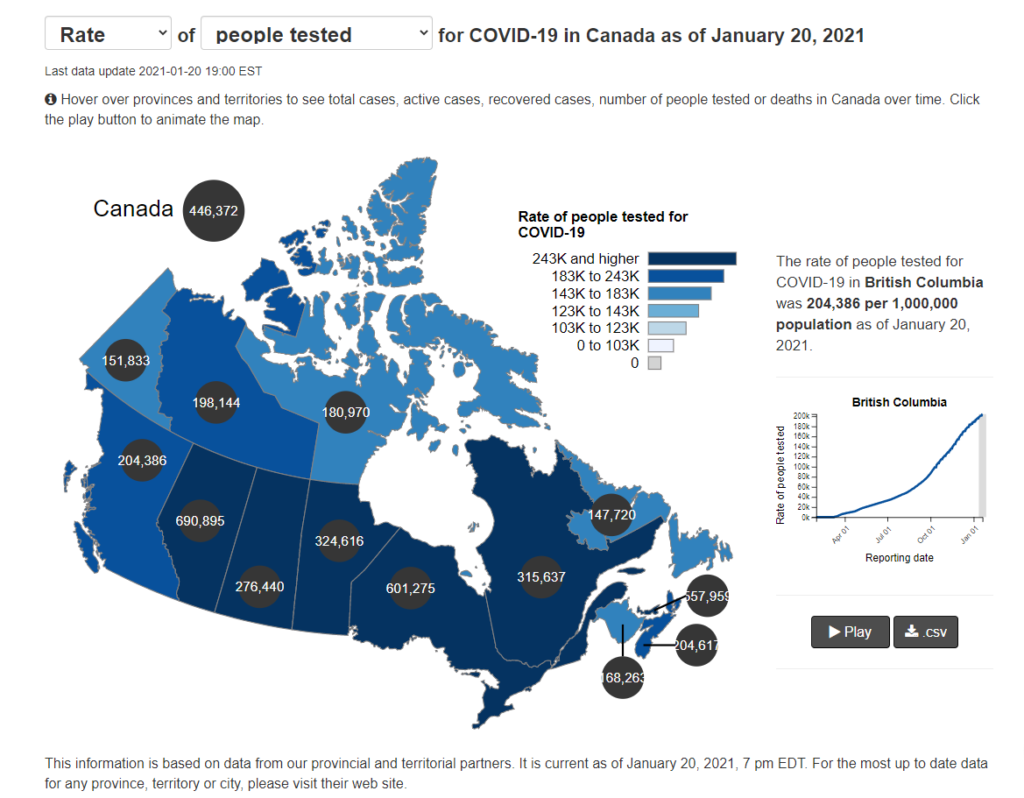 According to Health Canada’s website, there have been 725,495 total confirmed cases of COVID-19 and 18,462 deaths nationwide.

Of those cases, roughly 13,800 are on First Nations reserves.

British Columbia, meanwhile, has one of the lowest rates of testing anywhere in Canada. 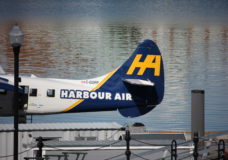