Roughly 100 new cases of COVID-19 were identified on Vancouver Island over the past three days.

On Monday, B.C. health officials announced 1,428 new cases –including 28 new confirmed cases that were variants of concern – and eight deaths from COVID-19 since their last update on Feb. 19.

Of the new cases, 358 were recorded in Vancouver Coastal Health, 805 were in Fraser Health, 99 were in Island Health, 67 in Interior Health, and 99 in Northern Health.

There are currently 4,560 active cases in the province, 223 people in hospital — 66 of whom are in intensive care — and 7,768 people under active public health monitoring due to possible exposure to an identified case.

Today’s numbers were released by health officials in a statement to the media.

Although health officials announced 99 new cases in the Island Health region, the number appears to be different depending on the reporting agency.

Island Health says there were 101 new cases identified over the past three days while the BCCDC dashboard shows 100 new cases over the same period.

According to Island Health’s dashboard, there are 213 active cases in the region, 38 in south Island, 133 in central Island and 42 in north Island.

Meanwhile, there are currently 16 people in hospital due to COVID-19 on Vancouver Island — six of whom are in critical care — while 1,915 people since have recovered.

Since the pandemic began, a total of 2,167 cases have been identified in the Island Health region. 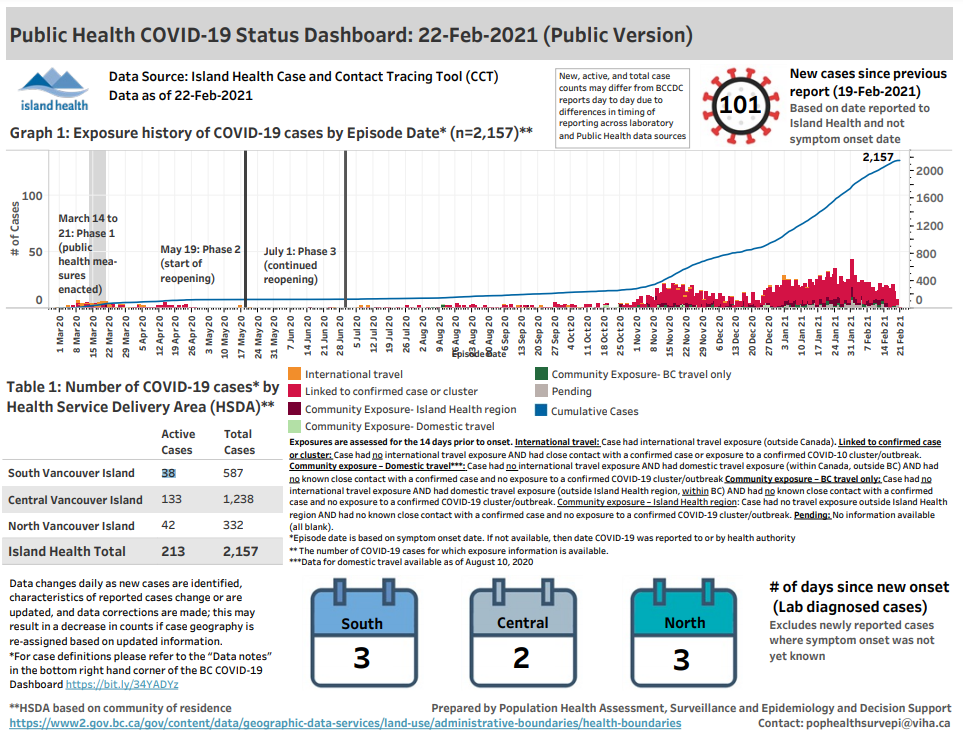 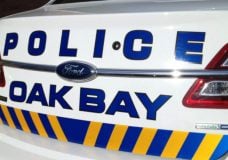