British Columbia health officials remain concerned about COVID-19 variants as they reported 1,236 new cases – including 86 cases in Island Health – and 13 deaths from the virus on Monday.

Of the new cases, 266 were recorded in Vancouver Coastal Health, 601 were in Fraser Health, 86 were in Island Health, 152 were in Interior Health, and 131 were in Northern Health.

There are currently 3,976 active cases in the province, 234 people in hospital —  69 of whom are in intensive care — and roughly 6,000 people under active public health monitoring due to possible exposure to an identified case.

Additionally, there are 22 active outbreaks at long-term care or assisted living and nine outbreaks at acute care facilities involving a total of 786 residents and 441 staff across the province.

Dr. Bonnie Henry, the provincial health officer, said during Monday’s update there have now been 40 cases identified as being either the U.K. or South African variant in British Columbia.

Only four cases of the U.K. variant have been identified on Vancouver Island while there have been no confirmed cases of the South African variant on the Island, according to Henry, who said just three variant cases are active in B.C.

“We only have three that are currently active and public health has done extensive follow up in tracing back of all of our cases and the ones we know about, we are confident for the majority of them that there has been no onward transmission,” she said.

However, Henry said based on evidence from other countries such as the United Kingdom, Portugal, Ireland and South Africa, the variants of COVID-19 can “change the game” if they spread throughout the community.

“I think all of us are dreading that,” she said.

B.C.’s vaccine supply expected to increase in the weeks ahead

During Monday’s update, Henry also said that British Columbia’s available supply of vaccine will increase each week this month.

“We are looking forward to early in March when we anticipate being able to fully start our mass vaccination clinics around the province,” she said. “We are planning for that and the rollout of this phase now.”

Those over the age of 80 should expect to receive information in the coming days regarding when and where they will be able to get vaccinated for COVID, said Henry.

“We are working on the details for every community across the province and they will become clear in the next little while and there will be multiple ways we will be contacting people,” she said.

British Columbia’s daily case numbers have been on a decline in recent weeks and hospitalizations have dropped by approximately 30 per cent since mid-December.

Henry said the province is moving in the right direction but stressed the importance of reducing the transmission of COVID.

“Every day that we stop the spread of this virus, no matter what the variant, we buy ourselves time,” she said. “Time to get our immunization program up and running again, as we are going to be this week, and also time to better understand where we are seeing transmission and cases of . . . these variants of concern.”

According to the latest data provided by Island Health, there are currently 240 active cases on Vancouver Island, which is an increase of seven cases since the last update on Feb. 5.

There are currently 22 people on the Island in hospital, six of whom are in critical care.

Over the course of the pandemic, the Island Health region has reported 1,853 cases and 20 deaths. 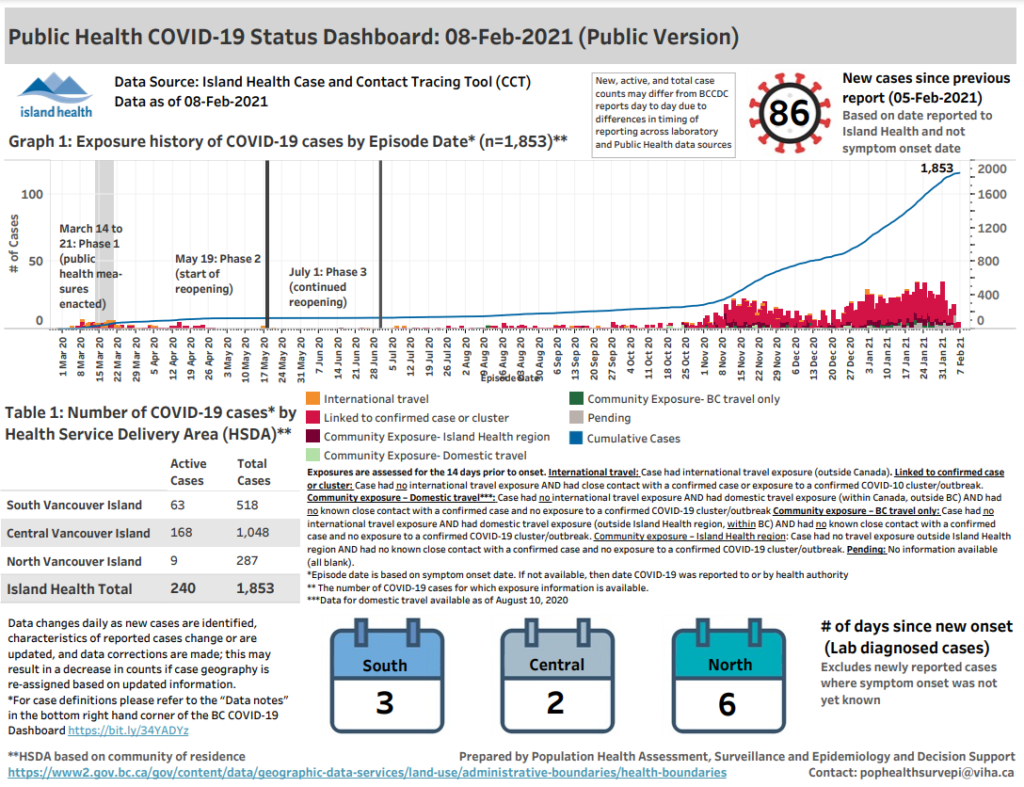 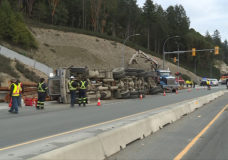 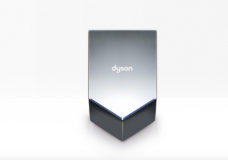