WATCH: The CRD is looking for public feedback on a controversial plan that would see 50 parking spots lost along the Dallas Road waterfront. Isabelle Raghem reports.

After getting some heat for their original design in December, the Capital Regional District has come out with two new options for changes to the Dallas Road waterfront as part of the sewage treatment project.

The first new proposal includes bikes lanes and would have 115 angled parking stalls between Dock St. and Lewis St. There would also be four curb extensions to make it easier for pedestrians and cyclists to cross.

The initial design presented to the City of Victoria in December included loss of 50 parking spots from Dock to Lewis Streets to make room for bike lanes. It led to backlash.

More than 150 people packed James Bay New Horizons to get an update on the progress being made, ask questions and voice concerns about the impact of the project on Dallas Road.

“There are lots of people who come down here with friends of theirs who are tourists, they want to get close to the breakwater,” said a resident.

“There are people who are in wheelchairs and with walkers, I think we have to realize there is a variety of demographics in this city.”

“I’m kind of wondering, why do we need the bike lane in the first place,” said another resident.

The Deputy Director of the CRD’s wastewater project team says they are holding public meetings to hear those kinds of concerns and will be reporting them back to council.

The second public meeting is scheduled for Thursday at 7:30 p.m the Cook Street Village Activity Centre at 380 Cook Street. 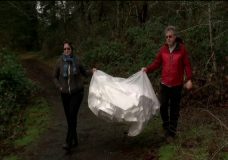 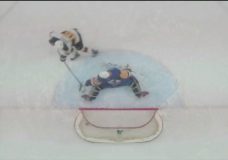