B.C. Premier John Horgan says the province is working to create a safe zone around schools and hospitals to keep anti-vaccine protests away from children and health care workers.

Speaking following a teleconference meeting with Canada’s premiers, Horgan said he is working with the attorney general and solicitor general on legislation, “or perhaps policy changes,” geared toward protecting people accessing the services.

“It’s something that we don’t do lightly but we do in the interests of the vast majority of British Columbians who want to know that they can go about their business free from intolerance of a select few,” he said.

Horgan was responding to a question about whether he intended to follow the lead of Quebec, which on Thursday implemented a new bill affecting protests held within 50 metres of hospitals, child care centres, schools, COVID-19 testing sites or mobile vaccine clinics.

Those who defy the bill risk fines of up to $6,000, or a fine of $12,000 if they intimidate people entering or exiting those facilities.

Horgan’s announcement comes after anti-vaccine passport protests were held outside B.C. hospitals earlier this month, and after a Salmon Arm school was breached by anti-vaccine protesters last week, causing it to go into a hold and secure.

It remains to be seen whether B.C. will adopt Quebec’s new rules exactly, or forge its own path.

The legislature resumes in less than two weeks on Oct. 4, giving the B.C. government time to prepare legislation.

With files from CHEK’s Rob Shaw 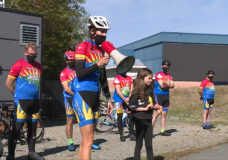 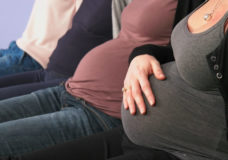