B.C.’s Environment Minister says he’s confident the honour system will be good enough to give local residents the first shot at campsite reservations starting this spring and summer.

George Heyman announced Wednesday that government will give British Columbians “priority access” to park campsites by limiting reservations to only B.C. residents when the system goes online March 8.

But the province has not set up any system to verify B.C. addresses, or actually restrict out-of-province bookings.

Instead, it has placed a single button on the Discover Camping website that says “you are confirming you are B.C. resident” when you press “confirm.” After that, any booking from any address can be made. 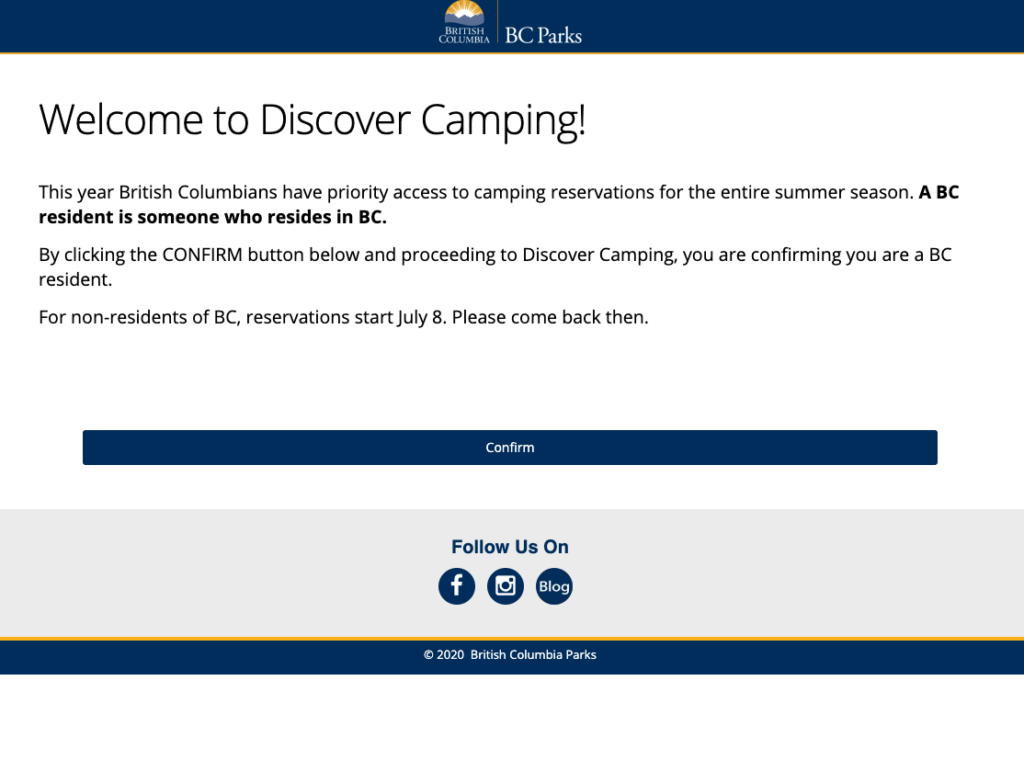 The B.C. government has placed this single button, shown above, on its campsite reservation system to “confirm” users are B.C. residents and get priority bookings.

“We are essentially saying to people, you want to be honest, you don’t want to make a false statement,” said Heyman.

“Frankly, we don’t want to set up an entire parks reservation police force to deal with a problem that I expect, if it exists at all, it will be minuscule.”

However, camping reservations for the spring and summer are notoriously in-demand and hard to secure. They are so popular that the rush of reservations on opening day often crashes the government website. Reservations for popular parks can be gone within minutes.

Creative users have even found ways in previous years to exploit flaws in the online booking system to snatch up future days before they actually go online.

Public health officials are discouraging travel between provinces, and the government should have put in place measures to back that up by not allowing out-of-province campsite bookings, said Opposition Liberal critic Ellis Ross.

“If you are going to do something like that, to confirm residence, and all it is is press this button, then what’s this point?” asked Ross. “It doesn’t make any sense.”

The “priority access” for B.C. residents is supposed to run from opening day March 8 to July 7. Campers can book a spot up to two months in advance, meaning the entire summer until Labour Day is effectively reserved for B.C. campers first.

British Columbians need priority access to parks to relax after a year of struggling with pandemic restrictions, said Ross.

Relying on the honour system is like government is doing nothing, he said. “We know every rule, no matter the rule, is made to be broken,” said Ross. “I think the concern right now is how do we keep this for British Columbians first.”

Heyman said the province found “high compliance” when it used a similar honour system last summer for camping reservations after it reopened provincial parks during the pandemic.

“Our experience is people respect what they read on the website and respect the intentions,” he said.

Heyman said the online booking system wasn’t designed to vet addresses and reject them by province. And he said he has no intention of assigning park rangers or staff to conduct spot checks on people at campsites to make sure they are actually from British Columbia and didn’t just click the “confirm” button to secure an early spot.

“That’s not the best use of the park ranger or the park operators,” he said.

“We really don’t want to ask people who are normally there to offer a range of other kinds of assistance to invite or experience confrontation.”

Heyman also encouraged campers not to be disrespectful to people with out-of-province licence plates in provincial parks, noting they may have many legitimate reasons for being there, including day-use or first-come-first-served campsites. 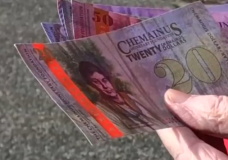 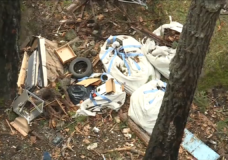