The B.C. government has banned rent increases for the rest of 2021.

Attorney General David Eby introduced the changes on the first day of the spring session of the legislature Monday.

The bill would extend a rent freeze on residential rates that began March 18, 2020 when the COVID-19 pandemic began.

“That means British Columbians will know their rent can not go up this year,” said Spencer Chandra Herbert, the NDP MLA who chaired a recent task force on rental rules. “So this makes life more affordable and makes it so people can plan ahead.”

The move was intended to provide financial relief to tenants who may have lost their job or found their work hours curtailed due to the economic damage caused by public health restrictions during the pandemic. However, landlords have complained it has also hurt them financially due to the cost of utilities and property taxes increasing in that time.

The 2021 rent rate freeze was a promise of the NDP during the October provincial election.

Rents for non-profit and co-operative housing projects are not frozen with the change, nor are commercial rents.

The legislation also makes permanent a cap on annual residential rent increases at the rate of inflation in future years once the freeze ends. That cap has been in place temporarily since 2018.

The bill, if passed, would also require landlords to apply for permission from the Residential Tenancy Branch before they can evict a tenant under the grounds they are renovating the suite. The move is intended to close a loophole in which landlords conduct minor renovations and evict the tenant so they can raise rates with a new lease higher than they would be able to do with the existing tenant.

The legislation stipulates that minor renovations will not allow for an eviction under the law. Renovations will require the kind of major work that would make it unsafe or unsuitable for the tenant to live in the unit.

“We know a lot of this was driven because (some landlords) want to push a long-term tenant out and jack up the rent and make money. Most landlords don’t do it. Landlords told us too they want this practice to end because it gives them a bad name.”

Landlords expressed some support for the changes Monday.

LandlordBC CEO David Hutniak described the bill as a “road map for positive change.” He said requiring landlords to apply up-front for evictions based on renovations will help resolve conflicts before they start.

“We further believe that making the landlord proceed in this proposed manner, whereby legitimate cases where vacant possession is necessary and appropriate are adjudicated up front, will ensure work is undertaken in good faith, thereby mitigating what has at times been an unnecessarily confrontational process,” Hutniak said in a statement.

“What will be critical is that the (Residential Tenancy Branch) establish a robust application and implementation process and that arbitrators assigned to these cases possess the necessary specialized knowledge to assess the technical nature of the proposed work.”

The changes appear to have cross-partisan support at the legislature and if passed would come into effect in July. 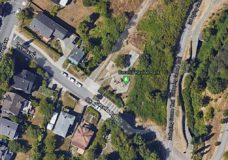 Man arrested for pouring gasoline on tent with woman, dog inside 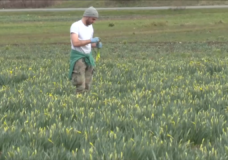 Want to try your hand at daffodil picking? Lack of foreign workers leaves Island farm in need of employees