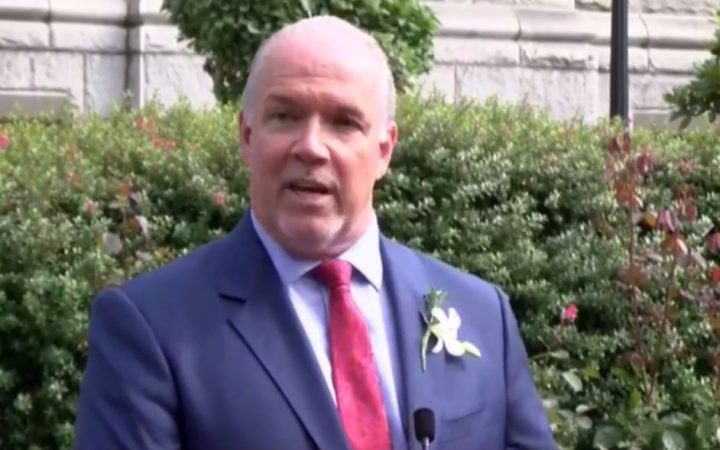 The throne speech to open the second session of the 41st Parliament of British Columbia included plans for campaign finance reform, changing the timing of general elections and providing an annual bus pass to people with disabilities.

Much of the speech, delivered Friday afternoon by Lt. -Gov. Judith Guichon, had key elements that were part of the deal between the NDP and Green Party on a minority government in British Columbia.

“We’re looking at a new way of doing politics that puts people first,” Premier John Horgan said in a statement.

“That’s why it’s important to that we put the right framework in place. Much of our work this session will focus on legislation that transforms government – getting big money out of politics, clamping down on lobbyists and making sure the vote of every British Columbian counts.”

The speech listed the NDP’s plans for reforming B.C.’s campaign finance laws, including eliminating corporate and union donations, putting strict limits on individual contributions and making sure only people living in B.C. can donate to political parties.

The government will bring forward legislation to move B.C.’s fixed election date to the fall of 2021 and every four years thereafter, the speech said.

The NDP government will also set terms for a referendum on proportional representation, according to the speech. This will take place no later than November 2018 and the government will actively campaign in favour of reform.

There will also be new lobbying restrictions. In the speech, the government said this will make sure former public office holders do not improperly benefit from their experience.

As for affordability, the speech recommitted the government’s plans to increase monthly income assistance and disability rates by $100, as well as remove tolls on the Port Mann and Golden Ears bridges.

The government will also be closing fixed-term lease loopholes, increasing support for the Residential Tenancy Branch and establishing a Fair Wages Commission to work toward a $15-an-hour minimum wage.

The speech cites homelessness as an issue that would be tackled for residents in every region and notes the devastation from the worst wildfire season in the province’s history.

“The circumstances that bring a person to homelessness can be as arbitrary and unexpected as a wildfire but it is no less devastating. Those without homes need and deserve our help,” Guichon read from the speech.

It also said starting on Jan. 1, 2018, the government will be giving people with disabilities an annual bus pass for those who want one. Minister of Social Development and Poverty Reduction Shane Simpson said the bus passes will be free with no monthly fee.  Under the previous Liberal government, the $45-a-year bus pass was eliminated and replaced with a pass that cost $52 a month, which cut into the disability rate increase.

The speech also made reference to the government’s plan to reduce then eliminate MSP premiums, a campaign promise from Horgan. The speech did indicate the government’s plans to take action on global climate change and create jobs through energy retrofits and public infrastructure but did not outline specific details about how it will reduce emissions.

Horgan said afterwards that throne speeches are a road map for a new government.

“We’ve laid out, I believe, a comprehensive plan that we’ll be following in the months and years ahead,” Horgan said.

Here is a list of some of the other government initiatives outlined in the speech.

The speech comes after Liberal Darryl Plecas was acclaimed as Speaker earlier Friday morning.  Interim Liberal leader Rich Coleman says Plecas has betrayed his own party and effectively joined the NDP in accepting the Speaker’s post.

With files from Dirk Meissner, The Canadian Press 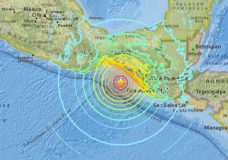 Magnitude 8.2 earthquake strikes off the coast of southern Mexico
Your Money for September 8