Posted: Sep. 12, 2022 11:02AM | Last Updated: Sep. 12, 2022 5:58PM
THE CANADIAN PRESS/Chad Hipolito
Finance Minister Selina Robinson talks about financial aid due to inflation and the cost-of-living increases and support during a press conference at Goudy Field in Langford, B.C., on Wednesday, September 7, 2022.

VANCOUVER – British Columbia’s financial bottom line is showing signs of improvement, with a surplus of $706 million forecast for the current fiscal year, although the longer-range outlook foresees slowdowns and at least two consecutive deficits.

But risks to future economic performance include inflation, interest rates, the Ukraine conflict and the ongoing COVID-19 pandemic, she said.

“B.C.’s economy is expected to continue its recovery this year and grow moderately next year as the impact of higher inflation and higher interest rates weighs on consumer spending and makes borrowing more expensive,” she said at a news conference.

“We also must remember the pandemic is not over,” said Robinson.

The New Democrat government had projected a $5.5-billion deficit for 2022-23 last February. But revenue increases from natural resources, income tax and property sales had turned the balance sheet from red to black, she said.

“But today’s update remains positive,” she said. “Our plan remains protecting people’s health and livelihoods today while building a bridge to economic recovery. A lot, and I guess I need to reiterate, can change between now and the end of the year.”

The government recently announced the province’s final audited budget for 2021-22 produced a surplus of $1.3 billion following forecasts of a deficit nearing $10 billion.

Robinson said the earlier deficit forecast of $9.7 billion was made during the darkest days of the pandemic when the province and other governments were preparing for the worst but hoping for the best.

Last week, the B.C. government announced a $600-million relief plan to help families most in need, as costs for goods and services rise.

Bryan Yu, chief economist at B.C.’s Central 1 Credit Union, said the economy has strengthened over the past year and the jobless rate is low, but rising interest rates, inflation and a dampening housing market will slow the economy.

“But I don’t think we’re going to see a mass stagnation in the economy,” he said in an interview.

Robinson said the quarterly report has earmarked $1.9 billion in the 2022-23 budget to cover “incremental cost of the Shared Recovery Mandate,” of labour contracts, which will include the recent tentative agreement between 33,000 unionized public service workers and the province.

She said the government is awaiting the results of the union’s ratification vote and will not likely know the settlement’s exact impact on the budget until the next quarterly report due later this year.

“I will be reporting out on the second quarterly and as soon as deals get ratified, we’ll certainly have more to say about how that plays out on government finances,” Robinson said.

This report by The Canadian Press was first published Sept. 12, 2022. 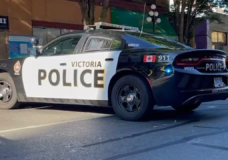