B.C. NDP government to go ahead with Site C dam project, will now cost $10.7B

WATCH: It’s the biggest construction project in B.C. history. After five months of being sworn in, the NDP government finally announced its decision on the Site C mega-project. Mary Griffin has more.

British Columbia?s NDP government has decided to go ahead with the $10.7-billion Site C dam.

The project was originally projected to cost $8.3 billion but the government now estimates the total will be $10.7 billion.

Megaproject mismanagement by the old government has left B.C. in a terrible situation,? Premier John Horgan said Monday in a news release. ?But we cannot punish British Columbians for those mistakes, and we can’t change the past. We can only make the best decision for the future.?

The government said the decision was driven by the need to minimize the cost to ratepayers and the province.

The revised budget of the project is due to costs-to-date exceeding budgeted amounts. The midpoint estimate of the project is now $9.10 billion. An estimated $4 billion has been spent so far on the dam, which has been under construction for more than two years.

“I have talked to workers whose livelihood depend on this project. And I talked to many more people, regular British Columbians from every walk of life, in every corner of this province,” Horgan said.

“I can say without any hesitation this is a very, very divisive issue and it will have profound impacts, not just on the people that I met in the region, not just on the people who are working on the site today, but all British Columbians. This generation and the next generation. We have not taken this decision lightly. Our priority of a government was to ensure that when we make a decision on this, it was consistent with our values.”

The government said it will be putting in place enhanced oversight to ensure final costs are at or below $10.7 billion.

To arrive at its decision, the government used the BC Utilities Commission (BCUC) report from earlier this fall.

The cost to terminate the project, the government said, would be $4 billion over a 10-year period. Rates would be significantly higher, with an increase of 12 per cent, effective by 2020.

If Site C was terminated, the government said a single-family home on Vancouver Island that has a $1,650-year bill would see the bill go up by $198 a year, effective in 2020.

The government also said if it decided to terminate, the $4 billion in debt had to be absorbed by either ratepayers, BC Hydro or taxpayers.

BC Hydro, the province?s public utility, could have absorbed cost but it would eliminate 80 per cent of its equity. The $4 billion loss would be on the books and debt interest costs of $120 to $150 million a year.

Credit-rating agencies could also determine BC Hydro was no longer commercially viable and the hydro debt would be reclassified as taxpayer-supported debt.

If the minister of finance absorbed termination costs with the Central Government?s Consolidated Revenue Fund, there would still be a $4 billion loss. The decision could still lead to credit rating downgrade and could decrease new capital project spending, including schools, hospital projects, highways or bridges.

The NDP had promised a decision on the hydroelectric dam by the end of 2017 following the independent review of the project.

The BCUC report stated the project could not be completed within the original $8.3 billion budget and could go 50 per cent over that figure.

The report estimated the cost of the completed project is likely to be equal to the cost of alternatives, such as wind power or conservation. The panel also warned the costs of the completion could go up even more. It concluded that the dam is over budget and behind schedule.

The Site C dam was first proposed in the mid-1950s. According to BC Hydro, the dam, which would be built on the Peace River near Fort St. John in northern B.C., would produce about 4,600-gigawatt hours of electricity each year ? enough to power about 400,000 homes.

The former Liberal government approved the dam, originally slated at $8.3 billion, back in 2014. It is the largest construction project in the province?s history

The Liberals promised to go ahead with the project during its 2017 provincial election campaign, the NDP promised a review and the Greens said they would cancel it outright.

Either a yes or a no from the NDP was bound to come with controversy.

The NDP’s decision will likely lead to court challenges from First Nations. Construction could also force ranchers from their homes.

BC Hydro has said more than 2,000 people are working on Site C. The government has stated conversations with First Nations will be ongoing.

The project is expected to be completed in November 2024, with the province switching over to the new source by the next year.

?It’s clear that Site C should never have been started. But to cancel it would add billions to the province’s debt, putting at risk our ability to deliver housing, child care, schools and hospitals for families across B.C. And that’s a price we’re not willing to pay,? Horgan said.

“There are a lot of British Columbians who are upset as is our caucus who feel betrayed because they feel they were voting in a government that was going to put their concerns with respect to Site C front and centre,” Weaver said.

Peace Region South Liberal MLA Mike Bernie said the NDP’s decision is the right one.  “It’s unfortunate that we had to wait six months for an obvious decision. One that we’ve known all along was the right one for the province’s future,” Bernier said. 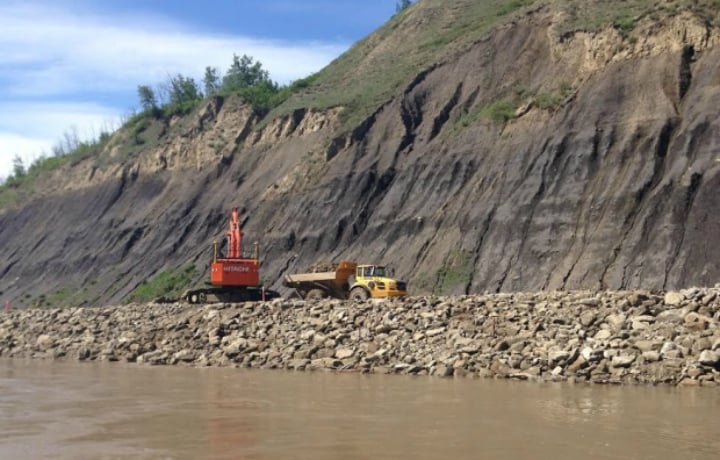 Prep work for construction of the Site C dam takes place in 2016. The dam would flood 5,500 hectares of the Peace River Valley if completed, and provide energy to power the equivalent of around 400,000 homes. (Justin McElroy/CBC) 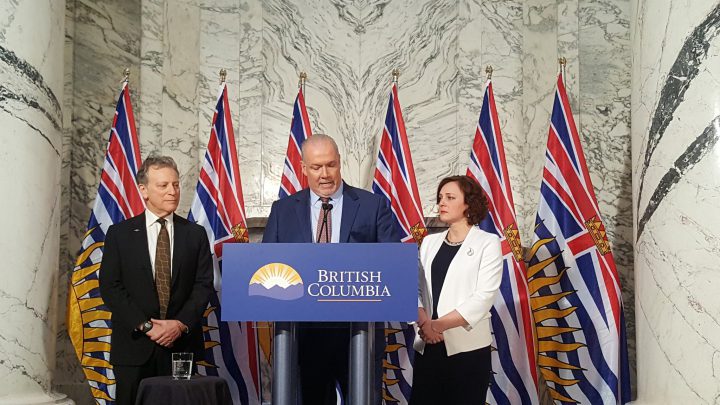 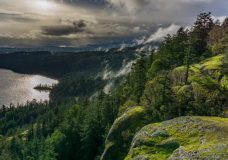 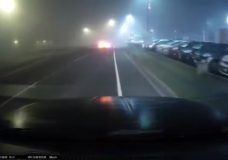