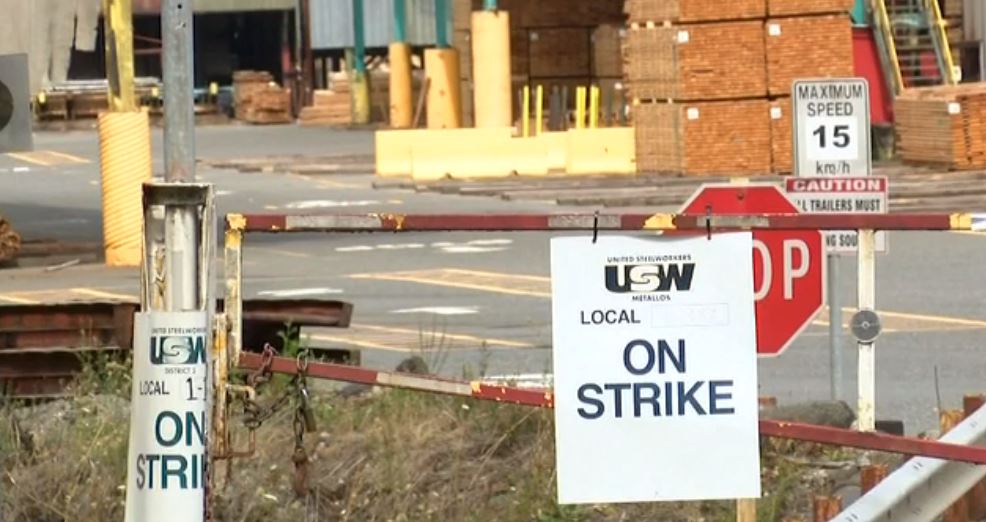 File photo.
The Vancouver Island forestry strike has been ongoing since July 1, 2019.

The B.C. Minister of Labour says he has appointed Amanda Rogers and Vince Ready as special mediators in the Vancouver Island forestry strike, two days after the two walked away as mediators.

Labour Minister Harry Bains announced Thursday that Rogers and Ready were appointed as special mediators in the eight-month collective bargaining dispute between Western Forest Products and United Steelworkers Local 1-1937. As special mediators, the two will have more power under the Labour Relations Code.

“This dispute has taken a huge toll on workers and their families as well as the entire coastal forestry community. We want to see everyone get back on the job,” Bains said. “As Minister of Labour, I have decided to appoint special mediators Ready and Rogers with additional powers under the Labour Relations Code to help the parties reach an agreement as soon as possible.”

According to Bains, both parties will be brought together by special mediators to reach an agreement through collective bargaining. If the parties don’t reach an agreement, the mediators, as special mediators, will provide the parties and the minister with recommended terms for settlement which they will have five days to accept or reject. The minister of labour also can make the terms of settlement public.

“I am confident that with the assistance of two of the nation’s top mediators, and the additional powers provided to them under the Labour Relations Code by this appointment, both sides can achieve a deal that ensures the sustainability of coastal forestry jobs and supports the terms and conditions of employment important to workers,” Bains said.

As many as 3,000 Western Forest Products workers and contractors have been off the job since last July.

A release posted by the company on Tuesday says it is “disappointed” the union continues to refuse wage and contract proposals that are superior to those accepted by forestry workers at other B.C. operations.

The union blames the departure of the mediators on the company’s refusal to move off its concessions and change any of its positions.

The mayors of Port McNeill and Campbell River, two Vancouver Island communities hit hard by the ongoing strike, have called on both sides to resolve their differences, while the provincial government has refused to intervene in the dispute.

Western Forest Products and the United Steelworkers Union Local 1-1937 have released statements responding to the appointment of Vince Ready and Amanda Rogers as special mediators.

The USW says it is “seriously concerned that WFP will once again refuse to remove their concessionary proposals and simply wait for recommendations from the mediators, in hopes of achieving concessions if recommended.”

Labour Minister Harry Bains said if an agreement cannot be reached, mediators will be asked to make recommendations to both sides on terms, if agreed, that may end the strike.

The union says it wants to return to mediation but does not want a repeat of provincial intervention in 2004, saying it “forced a binding process on workers and stripped their right to say no to alternate shifts they felt were dangerous.”

The USW also accused WFP of relying on some mayors, the opposition Liberal party and contract owners to speak on the employer’s behalf to call on the province to step into the dispute.

As for WFP, President and CEO Don Demans released a statement that said, “The coastal forest industry continues to face significant competitive and cost structure challenges. With the appointment of the Special Mediators we are hopeful that this process will soon result in a fair and equitable agreement that recognizes the contributions of our employees while maintaining the sustainability of the industry that Western, our employees, contractors, communities and customers rely on.”