British Columbia health officials have reported 199 new cases and two deaths from COVID-19 since their last update on Wednesday.

Of the new cases, 68 were recorded in Vancouver Coastal Health, 89 were in Fraser Health, two in Island Health, 34 in Interior Health, and six in Northern Health.

There are currently 2,563 active cases in the province, 224 people in hospital — 62 of whom are in intensive care.

A total of 140,537 people in B.C. have recovered from COVID-19 while 3,104,143 doses of vaccine have been administered province-wide, enough to cover 71.8 percent of the adult population.

Today’s numbers were announced by Dr. Bonnie Henry and Adrian Dix during a media briefing.

Henry addressed mixing and matching of vaccines for second doses in British Columbia, saying that while it was “preferable” to have the same product for both doses, it is also “safe and effective” to have a different vaccine if you need to.

“This approach is based on scientific evidence and the guidance of NACI (National Advisory Committee on Immunization) and our B.C. Immunization Committee,” said Henry.

“What is important is that everybody does need to receive two doses for all of the vaccines that we have available here in British Columbia.”

She said that the province will try to ensure that everyone gets the same vaccine they originally received, but there will be cases where Moderna, which has faced supply shortages, will not be available.

Those who received Moderna for their first dose will be encouraged to take the Pfizer vaccine for their second dose if it’s the only one available at the time, Henry said.

“If you received your vaccine at a pharmacy, they will contact you,” Henry emphasized, pleading with people not to reach out to local pharmacies before being contacted.

If someone who received AstraZeneca for their first dose chooses to receive an mRNA vaccine for their second dose, they will be able to book an appointment through the province’s Get Vaccinated website, Henry said.

For all vaccines, second doses will not be available until at least eight weeks after receiving the first dose.

“Everyone in B.C. will be offered a second dose before the end of August and likely much earlier than that,” she said. 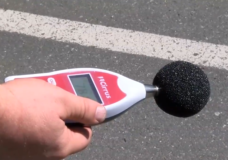 VicPD cracking down on noisy vehicles with $109 fines 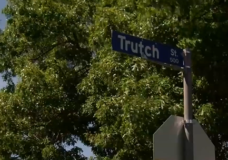