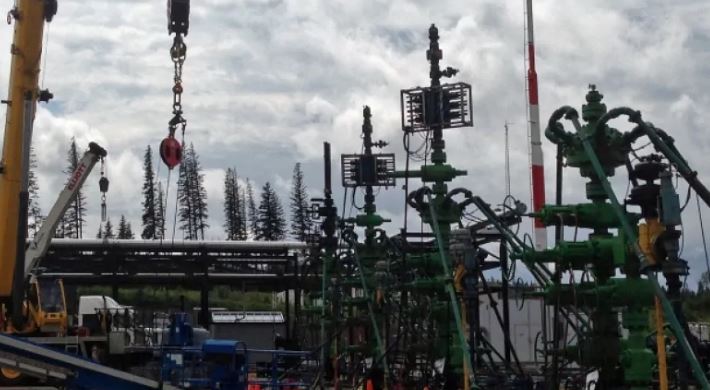 A fracking site near Grande Prairie, Alta. Fracking has been linked by the B.C. Oil and Gas Commission to incidents of ‘induced seismicity.’ (CBC).

The BC Oil and Gas Commission is shutting down oilfield fracking operations in a 72-square-kilometre area in the northeast part of the province for at least 30 days while it investigates earthquakes that occurred there on Nov. 29.

The Calgary-based company was the only operator working in the area at the time and it immediately suspended operations, said commission spokeswoman Lannea Parfitt, adding the company has shut down its two wells there.

“We don’t want to speculate as we are continuing to investigate,” she said when asked what the commission will do if fracking is found to have caused the earthquakes.

Work won’t be allowed to resume without its written consent, the commission said.

“It is too early to determine whether the seismic activity detected and felt in the region was a natural occurrence or related to any of our activities,” said Canadian Natural spokeswoman Julie Woo in an email.

“Canadian Natural is working together with the BC Oil and Gas Commission to provide all available data and information for their assessment of the event.”

According to Natural Resources Canada, a 4.5 magnitude earthquake on Nov. 29 was felt in Fort St. John, Taylor, Chetwynd and Dawson Creek but did no damage. It was followed by two smaller aftershocks.

Hydraulic fracturing involves injecting large amounts of water, sand and chemicals into a well to break up tight rock underground and allow trapped oil and gas to flow.

The B.C. commission has linked fracking and the oilfield practice of injecting waste liquids into disposal wells to previous incidents of “induced seismicity,” although it notes on its website none of the events in B.C. have resulted in hazards to safety or the environment or property damage. 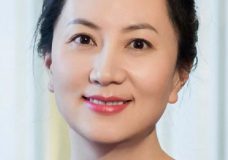 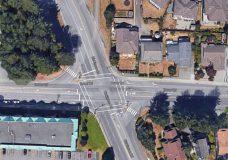