Long lineups as BC Ferries reports highest vehicle traffic ever

WATCH: Travellers trying to get on and off Vancouver Island faced major delays Friday as BC Ferries reports vehicle traffic’s at an all-time high. Tess van Straaten reports.

Heading into a busy summer weekend, the ferry rush started early on Friday with long lines and even longer waits.

The travel trouble comes on the same day BC Ferries announced vehicle travel was at an all-time high in the first quarter, compared to the same period in previous years, and passenger traffic was the highest it’s been in 20 years.

?This first quarter has been very busy for our company as we carried historically high volumes ,? BC Ferries president CEO Mark Collins said. “We’re on the brink of carrying our all-time highest traffic and we stand a very good chance of carrying more vehicles than ever carried since 1960.”

The company’s net earnings decreased by $9.7 million. Net earnings for the three months ending was $17.3 million compared to net earnings of $27 million for the first quarter of the previous year. Collins said this is due to the BC Ferries investing in “improved customer experience.”

He also said the targeted discount program has led to increased travel and has shifted demand to underutilized sailings.

According to the results, revenues increased by 3.1 per cent to $225.9 million and operating expenses increased by 8.8 per cent to $194.4 million. BC Ferries said operating expenses went up due to an increase in fuel consumption, labour and training costs that resulted from higher traffic volumes, more round trips and the introduction of new ships.

?We remain focused on prudent fiscal management while striking the right balance between earnings and operational costs All earnings are reinvested in services and infrastructure for our
customers,? Collins said.

?During this quarter alone, we invested $91 million in new vessels, vessel upgrades and terminal improvements.?

BC Ferries has introduced three new Salish Class vessels to its fleet. 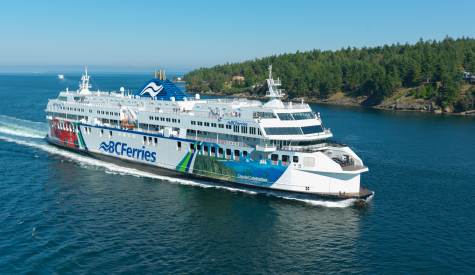 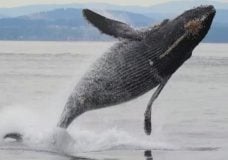 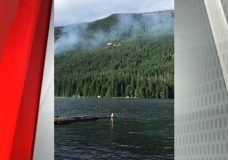