British Columbia’s COVID-19 vaccine card system is now in effect as the province aims to curtail cases and hospitalizations in the fourth wave of the pandemic.

Anyone who wants to access a range of non-essential indoor settings must show proof of at least one dose of vaccine, with a second shot required by Oct. 24.

Showing proof of vaccination is not required to vote in the Sept. 20 federal election.

The province says the system is in place until Jan. 31, 2022 and could be extended.

The vaccine card has spurred protests across the country. Today, a handful of protestors turned up outside CHEK studios. Later on, a couple hundred demonstrators protested at the legislature.

“There are people here who are both pro-vax and anti-vax, pro-mask and anti-mask. What the majority of people here want is the freedom to choose,” said protestor Don Orn.

But the freedom to choose still remains. People continue to have the right to decide whether they get vaccinated or not.

Something one counter-protester, attending the demonstration wanted to point out.

“I just don’t like how much misinformation is being spread right now, especially when it comes to a pandemic,” said Naomi Saba, while other demonstrators tried to drown out her words yelling ‘freedom!’

Victoria police noted that one man was arrested at the B.C. Legislature protest after he allegedly doused someone else with hot liquid.

Other anti-proof of vaccination demonstrations across Canada were held in front of hospitals, something politicians were quick to criticize.

“We’ll make it a criminal offence to block access for buildings that provide health care,” said Justin Trudeau, leader of the Liberal Party.

The new vaccine card will not be required at grocery and liquor stores, pharmacies, fast food restaurants, salons, hotels, banks, and retail stores.

As a result, some business operators feel they are carrying too big a burden.

“I feel like I’m pinned into a corner. I don’t see a way out,” said Angela Nodwell, owner of Pirate Chips in Nanaimo.

Nodwell says since the pandemic began she has been losing money, and she can’t afford to refuse anyone.

“I’m desperate to survive at this point. So for me to be checking passports and declining money walking in the door, I may as well just shut my doors altogether.”

Instead, Nodwell is facing the fines and hoping for the best.

While some in the business community have expressed concern that would-be patrons who are upset about the vaccine card could threaten the safety of staff, Premier John Horgan has told businesses to call law enforcement if necessary.

The most recent update from the B.C. government showed almost 79 per cent of eligible residents over the age of 12 had received two doses of COVID-19 vaccine, while more than 86 per cent had received at least one shot.

There were 5,850 active COVID-19 infections across the province on Friday, the last day for which figures were available.

The COVID-19 vaccination paper card will be allowed until September 27th. After that, a screenshot of your personalized QR code available on the B.C. government’s website will be required. 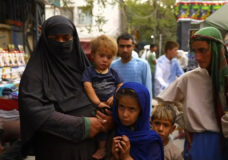 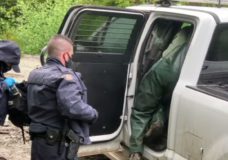