B.C.’s finance minister says she’s considering expanding the province’s speculation tax into more communities and raising the rate to deter more people from leaving their properties vacant, in response to recommendations contained in a new expert review of the tax.

Selina Robinson said she’s open to the idea, and her ministry is actively studying what an expansion to the tax, first introduced in 2018, would look like.

“That’s a good thing. And having this research is very helpful. And we’re going to be taking a look at the recommendations and what expansion may look like, could look like, is the work that my staff is undertaking.”

A report released Thursday by University of British Columbia real estate finance professor, Tsur Sommerville, and real estate consultant, Jake Wetzel, suggests the province’s Speculation and Vacancy Tax appears to be working at discouraging foreign buyers and forcing some properties that would otherwise be vacant back onto the rental market.

However, they conclude boosting the range and financial penalties would make an even bigger impact on affordability and rental vacancies.

“Aggregate metro data suggests affordability has improved somewhat more in the SVTA specified areas in British Columbia than elsewhere in B.C. or Canada,” the report reads, adding that the findings may also be influenced by how households responded to the pandemic.

B.C. introduced the speculation tax in 2018 to penalize people with multiple properties who leave them vacant rather than renting them out in a near-zero rental vacancy market. B.C. passed the Speculation and Vacancy Tax in 2018. An independent report on its results is required by law every five years.

According to Wetzel and Sommerville, the tax “moved housing into rental tenancy and increased the number of units in primary residences.”

Still, the measure needs to be expanded beyond the urban centres of Metro Vancouver, Greater Victoria, Kelowna and Nanaimo, because most residential assessed values are rising at some of the most rapid rates in the province now in rural areas and small communities where housing is in limited supply, according to the authors.

“Though there may not be a high instance of foreign ownership or vacant properties in more rural areas, expanding the SVT will provide a disincentive for future speculative investment that can lead to further demand and increases in housing prices,” reads the report, which was delivered to Finance Minister Selina Robinson.

“The government could take an incremental approach to expanding the SVT.”

In order to be exempt from the speculation tax, a property must either be the owner’s principal residence, or have a tenant at least six months of the year. B.C. residents who pay get a tax credit of up to $2,000 for the first $400,000 value of the property.

Since its introduction, the number of foreign owners and satellite families has decreased by 52 per cent, with data suggesting they either sold or rented their properties in response to the tax.

But 3,076 foreign and satellite owners continue to simply pay to keep their properties off the rental market, according to the most recent data from 2020. As well, the number of British Columbians with multiple properties paying to keep them vacant has increased 47 per cent since 2018, to 3,423 people in 2020.

The current tax rate is 0.5 per cent of a residence’s value for British Columbians and Canadians, and two per cent rate for foreign and satellite buyers.

It’s possible those people consider paying thousands of dollars in speculation tax annually as an acceptable cost of doing business and an increase to the rates will be required to shake their properties free, conclude the authors.

“Increasing the tax rate would result in more revenue for affordable housing and/or more units returned to the market.”

The government on Thursday also released its annual consultation report with municipalities on the speculation tax, with local leaders asking the province to provide revenues from the tax directly to municipalities, give towns and cities the ability to levy their own additional vacancy taxes like Vancouver, and provide an opt-in/opt-out option for the tax.

Robinson said she would consider those ideas as well. 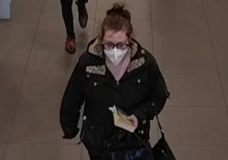 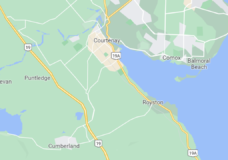