It appears one of the more notorious sections of the Malahat could be getting an interchange.

The B.C. government is seriously exploring the idea of building a full-movement interchange at Shawnigan Lake Road with access from both sides of the highway as part of a broader set of improvements as well as a mobility hub and has recently issued a request for qualification (RFQ) seeking detailed design options.

If realized, the interchange would eliminate the need for motorists to turn left either onto Island Highway or Shawnigan Lake Road.

A spokesperson for the Ministry of Transportation confirmed with CHEK News in a statement that the province is looking at an interchange for that section of the Island Highway.

“This work is looking at options for the Shawnigan Lake Road intersection to improve safety and mobility as well as potential options to support transit services on the corridor,” the spokesperson said in an e-mail statement. “This initial phase of work will support planning and decision-making for future projects.”

The idea for an interchange comes after it was identified in the province’s South Island Transportation Strategy, a highly technical report released in 2020 that examines various transportation and safety improvement opportunities in the region.

The Malahat section of the Island Highway has a history of closures due to crashes and natural hazards. On average, according to the province, that section of the highway, where there is no detour route available, has 10.5 unplanned closures each year.

In an effort to address those issues, the province has sunk more than $30 million into improving the highway in recent years, which includes widening sections to two four lanes, adding medians, and creating turning lanes.

Under the province’s timeline, the RFQ would close on Oct. 27 and a request for proposal (RFP) would be issued in November to shortlisted consultants who had submitted an RFQ. The province would then select a consultant sometime in January and detailed design work would be completed by March 2024.

The ministry’s spokesperson said even though the province is going through the RFQ process, it’s merely exploratory at this point and there is no budgeted amount for the project at this point.

While it isn’t clear what the interchange project would cost, it more than likely wouldn’t be cheap. The McKenzie interchange, which was completed in 2020, cost $96 million after going more than $10 million over budget. 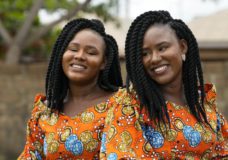 Nigerian city celebrates its many twins with annual festival 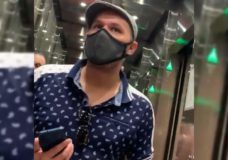