Posted: Mar. 16, 2021 4:00PM | Last Updated: Mar. 16, 2021 7:13PM
CHEK
WatchThe B.C. government is permanently raising income assistance and disability rates in April, but it won't be enough to make up for what the province is clawing back in COVID-19 crisis support.

The B.C. government is permanently raising income assistance and disability rates in April, but it won’t be enough to make up for what the province is clawing back in COVID-19 crisis support.

“Now that we are seeing signs of some economic recovery from COVID-19, it’s essential that we provide the stability of a permanent rate increase for people and families, including 49,000 children that live in poverty,” said Simons.

More than 300,000 are affected by the change. It’s the third increase to rates since 2017. The change will cost the provincial government $400 million annually.

But the funding lift falls short of the $300 monthly COVID-19 supplement the province paid income and disability clients from April to December 2020.

Anti-poverty advocates had demanded government make permanent the supplement, because the extra funding allowed low-income people and families for the first time to afford basic necessities like fresh fruit and vegetables.

Instead, the province cut the supplement in half to $150 a month in January, and will eliminate it entirely March 31.

The new $175 monthly increase offsets some of that loss, but will still leave the province’s poorest residents with $125 less a month than they received for much of last year.

“I think overall it’s good news, and I believe it will bring some ease of mind to some people on income assistance and disability, because there was lots of uncertainty last year with the $300 crisis supplement and then the $150,” said Helaine Boyd, co-executive director of Disability Alliance BC.

“At least now they know this is permanent and this will be automatically included within their cheque, which is great. Bu it’s just one step. There’s still lots to go.”

Boyd said it’s unclear why government stopped at $175 instead of the full $300.

“I think there will definitely be questions surrounding why $175, why not $300? Where did the Ministry of Social Development and Poverty Reduction come up with that calculation? And in what way did they justify to themselves that $175 was still reasonable when people on income and disability assistance have been getting used to the $300 increase over the past over year now.”

The Together Against Poverty Society called the increase to rates a “critical piece in working toward the fulfilment of our province’s poverty reduction goals.”

With the new increase, which begins in April, monthly payments will be:

Even with the extra monthly raise, a single person on income assistance does not reach the poverty line, measured as $1,667, according to what’s called the market basket measure. Advocates say that leaves vulnerable people stuck in a cycle of poverty.

Also on Tuesday, government announced a $50 monthly increase to the senior’s supplement, raising it to $99.30 a month. It’s the first increase since 1987 and affects 80,000 seniors. The “comfort allowance” for a person on income assistance in a special care facility is also set to rise $20 to $115 per month, to purchase basic personal items. 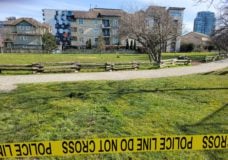 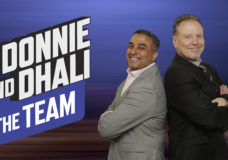