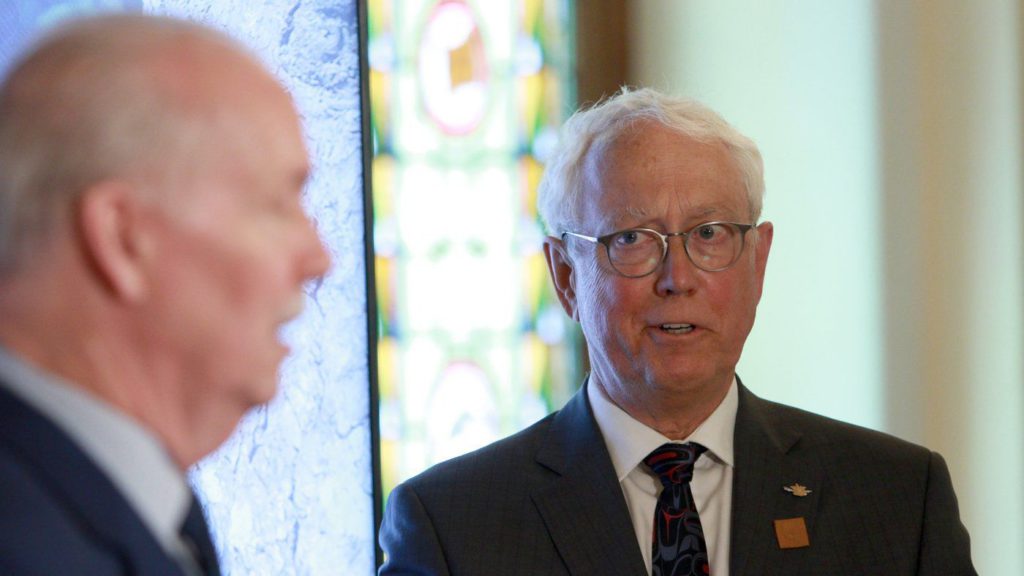 THE CANADIAN PRESS/Chad Hipolito
B.C. Attorney General Murray Rankin looks on as Premier John Horgan speaks at the Legislature, in Victoria on March 30, 2022.

British Columbia’s attorney general says the government has no plans to arrest its way out of the province’s crime issues because it won’t work.

Murray Rankin says fighting crime by arresting more people is “futile,” and the government is instead considering a range of options to keep people safe.

Opposition Liberal Leader Kevin Falcon told the legislature that the government has continued a “catch-and-release” policy where repeat offenders are quickly freed from custody despite being accused of violent crimes.

He points to the government’s own commissioned prolific offender report that cites increasing incidents of violent crime in communities throughout the province.

Falcon says the government has the power to direct Crown prosecutors to detain more people accused of violent crimes, but it has not taken that measure.

The government said last month it would begin implementing some of the two dozen recommendations in the report that concluded repeat offenders and random crime is causing “incredible distress” in communities.

Rankin says he is travelling to Ottawa in the coming days to meet with federal Justice Minister David Lametti to address the issue. 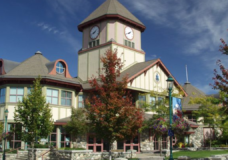 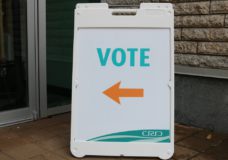 All three Capital Regional District electoral areas up for election