The B.C. NDP government is taking steps to make good on its election promise of affordable, universal child care.

The government announced Friday that 53 daycare facilities around the province will begin offering their services at a maximum cost of $200 a month per child.

That’s compared to full-time daycare rates now that are between around $800 and $1,600 a month, depending on the area and age of the child.

The prototype sites are the next phase in the government’s 10-year Childcare BC plan and it’s expected 2,500 B.C. children will benefit from the new program.

“Today we’re making history in B.C.,” says Children and Family Development minister Katrine Conroy. “When was the last time a parent in B.C. had full-time child care for $200 a month or less? I don’t think ever.”

The NDP campaigned on a promise of $10-a-day childcare and premier John Horgan says it’s a major step towards universal child care in British Columbia.

“Families can now have confidence that their children will be cared for in a quality, licensed facility and it will not cost more than a month’s rent or a mortgage to do that. I think that is fundamental to ensuring our families have the support they need,” says Horgan.

Funding for the program is coming from a federal government investment of $60 million through the Early Learning and Child Care Agreement.

The 53 prototype facilities are spread out across the province in both rural and urban areas.

In the Vancouver Island region, there 9 facilities that are part of the new program including two in Greater Victoria and one each in Duncan, Comox, Port Alberni, Tofino and Port Hardy as well as Hornby Island and Bowen Island.

Daycare operators had to apply and more than 300 applications were received.

“For the families, it is like winning the lottery,” says Lexie’s Little Bears Child Care owner Lexie Biegun. “For me, to be able to provide this for the families that are here, this is life-changing. This is something that is absolutely going to change the next 18 months of their life. It’s a financial burden that has been lifted off of them.”

The prototype sites will operate until March of 2020 and they’ll be required to provide feedback to the government on the program to prepare for an eventual province-wide roll out of $10-a-day daycare.

Here’s a link to where the 53 sites are located 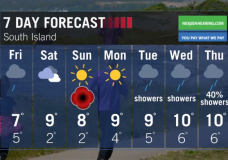 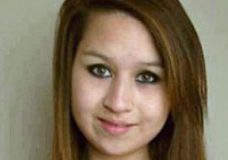