Health officials in B.C. have reported 498 new cases and four deaths from COVID-19 since their last update on Tuesday.

Of the new cases, 128 were recorded in Vancouver Coastal Health, 291 were in Fraser Health, 12 in Island Health, 31 in Interior Health, and 36 in Northern Health.

There are currently 4,851 active cases in the province, 281 people in hospital — 83 of whom are in intensive care — and 9,472 people under active public health monitoring due to possible exposure to an identified case. Of those active cases, 225 are in the Island Health region.

A total of 83,083 people in B.C. have recovered from COVID-19 while 444,140 doses of vaccine have been administered province-wide.

No new data on variants of concern was available on Wednesday due to what the health ministry called a lab sequencing error.

“As of the most recent report, there have been 996 confirmed COVID-19 cases that are variants of concern identified in our province,” it said.

Meanwhile, the U.K. variant has claimed the lives of at least five people in B.C., CHEK News has learned.

According to data provided by the Ministry of Health, out of 880 people who were infected with a variant of concern in British Columbia, five died and 44 were hospitalized.

All five deaths were linked to the B.1.1.7 (U.K.) variant, which is the most common variant identified in B.C.

The majority of those who were hospitalized — 39 people — also had the U.K. variant. The P.1 variant associated with Brazil is responsible for three hospitalizations while the South African variant — B.1.351 — is linked to just two hospitalizations.

The data provided by the province only accounts for cases identified as of March 15 and does not provide a breakdown by health authority.

“This may be related to the fact that we have immunized those most likely to experience serious illness and death from COVID-19, which is the older population in long-term care,” the BCCDC said in an e-mailed statement. 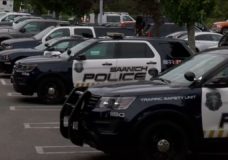 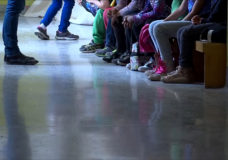