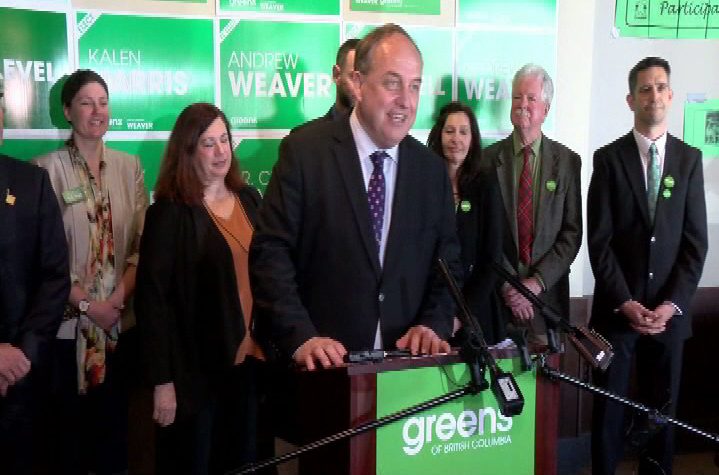 MLA for Saanich North and the Islands, Adam Olsen is stepping as interim leader for the BC Green Party.

Olsen will serve as interim leader until the party membership selects a full-time leader in June.

“I’m honoured to accept the role of interim-leader once again. The work that our caucus has carried out over the past two years is incredibly important to me,” Olsen said.

“I want to acknowledge and thank my colleague and friend Andrew Weaver for his leadership,” he added.

“This is an incredibly exciting time for the party. The 2020 leadership contest is an opportunity to champion our values, open up our organization, welcome new voices, and build the next era of politics in B.C.”

Back in October, Weaver said he would not be running in the 2021 provincial election, but planned to remain in the legislature until then to represent his Victoria-area riding.

Weaver was first elected in 2013 and led the party to a breakthrough in 2017 when the Greens captured three seats on Vancouver Island.

When he announced his resignation as leader, Weaver said it was “time to let another generation take the lead.”

The leadership race will run from mid-January until the end of June next year. The B.C. Green’s plan to announce their new leader at their annual convention in Nanaimo.

Olsen says he won’t be running for the leadership.