‘Absolute panic’: One serval caught, another pregnant cat still on the loose near Qualicum Beach

Despite a male being back in its cage, a pregnant female African serval is still on the loose near Qualicum Beach and its owners say they’re trying their best to catch it.

Corcan-Meadowood residents Laurel Bablitz and Bill Edwards own the servals, described as “quite large,” and allege someone let the exotic cats out of the enclosure on their property sometime Sunday.

“I opened the door and looked and the door for the cage was open,” Laurel told CHEK News Wednesday. “I knew they were gone, but I ran over and had a look and they weren’t in the cage. So then I went into the house and woke (Bill) up.”

According to Laurel, the initial feeling was “panic, absolute panic.”

“We had talked about it before and I said, ‘You make sure that cage is secure because if they get loose, we’re never going to catch them.’ I was joking at the time, but literally, it’s really hard to catch them.”

Bill says the cats, which have been in their possession for about a month, were quite expensive.

“They’re $20,000 cats. They’re our pets,” Bill said. “And the male is wondering where she is. We caught the male. And we just feel terrible. Haven’t slept properly in three days. We’re really hurting about this.”

He thinks someone may have attempted to steal them.

“I showed a few different people the cats. And, of course, people that walk by see them,” Bill said. “And most people have never seen a cat that looks like that, so they all want to have a look at the cats.”

But with the female still running free, locals are on edge.

In an interview with CHEK News, one resident in the area who did not want to be identified alleged that following their escape, the servals killed a 19-year-old domestic cat living nearby. The BC SPCA has since confirmed that the servals did kill a domestic cat.

“The neighbourhood is quite afraid,” the local said Tuesday. “Children can’t walk to the bus stop. I have a little dog, I can’t let her out. My neighbours have pets and children. It’s quite a situation.”

Laurel says she immediately took to Facebook, warning other residents that the cats had escaped their cage. She’s aware of people’s concerns and sympathizes with them, saying her “biggest concern” is that no one gets hurt.

“We’re cat people. We have four cats in our house — one that wanders around outside, plus the two servals. I wouldn’t want a cat coming in and killing my little fur babies,” Laurel said.

“We’d never let the cats out … We care about our neighbours and our home and our cats, and whoever let them out obviously didn’t think about any of them, including the cats, because they are not better off free. They don’t know how to hunt.”

The BC Conservation Officer Service (COS) said it’s aware of the situation, but notes servals aren’t regulated under Controlled Alien Species regulations, meaning they can be lawfully owned in B.C.

“As they are considered domestic pets and not wildlife, this falls outside the mandate of the COS,” it said. “The COS received a call from the owner of the servals and provided advice, which included contacting animal control officers or the BC SPCA for assistance.”

“No one’s going to come and deal with it.”

Nanaimo Regional District Electoral Area F Director Leanne Salter is well experienced with trapping animals and has lent a trap to Laurel and Bill, hoping the situation will be resolved soon.

“I thought this was going to be an easy fix,” Leanne told CHEK News.

“I just called the regional district and said we need bylaw services, but we don’t have a bylaw for wild cats. We only have a bylaw for dogs,” she said. “And the same with the SPCA, they only have dogs. And I also contact Coastal Animal Control, no one does exotic pets. Nobody.”

As Leanne puts it, “that’s the bureaucracy that happens, right? Unless this thing does something insane, no one’s going to come and deal with it.”

She says she brought in a trap baited with liver and filled with a pile of bedding from a turkey pen, which “smells pretty good if you’re a wild cat.”

“So the smell may well attract her,” Leanne said. “I think it will attract the cat, especially if she’s hungry. They have to eat. That’s what animals do, they’ll find whatever they can. But especially small dogs, small cats wouldn’t be a problem for this animal.”

Although servals can be owned in B.C., it doesn’t necessarily mean they should be kept as pets, according to the SPCA.

The non-profit has been pushing all municipalities and governments to adopt exotic pet laws that prohibit the keeping of serval cats, especially after its staff seized 13 servals living in “horrific” conditions near Kamloops in 2019.

“They are difficult to contain in a home or enclosure setting, and pose a risk to their keepers and the public, and even native wildlife if they escape,” states a post on the SPCA’s website.

“Their own safety is also in jeopardy in captivity. Escaped servals have died by being hit by cars or of starvation, since they never had the opportunity to learn how to hunt.”

Yet Laurel disagrees, saying servals are beautiful and often serve as pets in people’s homes. She says she watches Facebook videos showing the cats cuddling with their owners or being taught new tricks.

“Everybody’s allowed their opinion, but you shouldn’t be opposing it on to someone else. Start a protest or something, but don’t let the cats go. That’s inhumane and it’s not fair to the community or anyone who cares about the cats.”

Laurel says she and Bill will be beefing up security once the cat is caught.

“I guess we could have put a combination lock or something on that gate but never expected anyone to come in here and set them free. And it will not happen again because we will make sure that gate is secure,” she added.

“(We’ll) get some cameras and lights and everything else out there because, like I said, we never expected this, and we’re going to make sure it doesn’t happen again.” 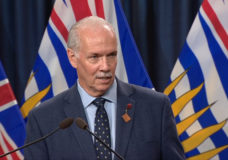 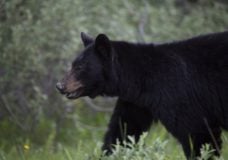