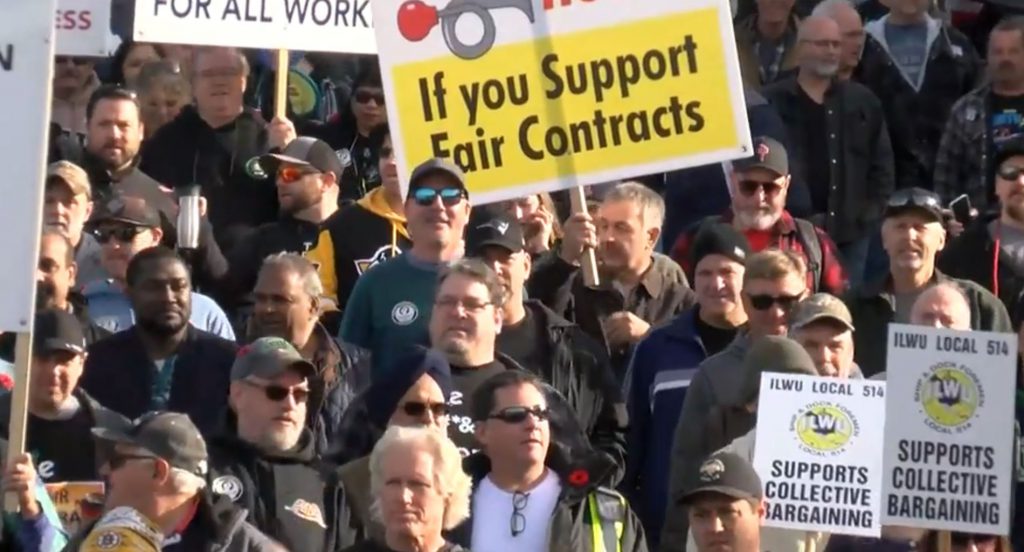 As the Western Forest Products (WFP) strike drags into its seventh month, talks are again stalled. In recent releases, both sides are blaming the other for refusing to come back to the bargaining table.

The two sides are stuck on issues surrounding contractors, and concessions made, or lack thereof.

There is a mediator working between the two sides, but it’s unclear where things go from here as both sides play the blame-game.

One thing is clear, the United Steelworkers Union Local 1-1937, in a recent release, is taking aim at elected officials.

Accusing ‘some’ municipalities of helping logging contractors who are in favor of WFP, and trying to undermine the workers’ right to strike.

“It is completely unfair that some mayors and councillors are interfering with workers that are complying with their rights under the law in withdrawing their services,” wrote the United Steelworkers Union Local 1-1937.

“The fact that this strike has gone on seven months and you are unable to come to a resolution, is completely unacceptable,” said Wickstrom, addressing the Steelworkers Union in a video on her facebook page.

“We are not beating anybody’s drum. We are autonomous. We stand alone. We, are speaking out for community members who are caught in this lengthy dispute at this moment.”

Port McNeill has been one of the many North Island communities hit hard by the ongoing WFP strikes, which started July 1st.