A new wall lizard species has been discovered in BC, and it’s not good news!

Posted: Oct. 12, 2019 5:34PM | Last Updated: Oct. 15, 2019 2:19PM
CHEK
WatchSince the late '60's, Vancouver Islanders have seen the explosive growth of an invasive species, now numbering about half a million, that is disturbing our ecosystem. That species is the common wall lizard, and now there's a new, concerning development in the story.

“For the last 52 years, all we’ve had in Canada is the common wall lizard, but there’s a new player on the scene…the Italian Wall Lizard” says Gavin Hanke, Curator of Vertebrate Zoology at the Royal BC Museum.  “It’s our newest arrival here in British Columbia.”

So how does Hanke know it’s a different lizard?

“The colour on the Italian Wall Lizard is really obvious, especially the ones we have. There are two very nice clean, crisp stripes down the back, whereas the common wall lizard here has green, but it’s interrupted by black blotches, so they’re easy to tell apart.”

The Italian Wall Lizard was discovered by a family in Vancouver.

“I got a phone call from some colleagues of mine,” says Hanke. “They said ‘we’ve got a green lizard in Vancouver. Would you like to follow-up with the lady who phoned us?'”

The woman emailed him a few photos of the lizard she had caught.

“And even with the blurry photo I was able to tell it was an Italian Wall Lizard, and a new species for BC.  And the big problem I have with it is it’s a female. It could have laid eggs. If she had laid eggs in Vancouver, there could already be five to eight hatchlings running around.”

Which begs the question, why does that matter?

“We’ve already got the Common Wall Lizard, and in the last 52 years, it’s gone from about 12 to 14 lizards to about half a million, so they’re spreading far and wide,” Hanke explains.

“They’re as far north as Campbell River, they’re all over Saanich, down to Metchosin…they’re in people’s gardens, they may be eating pollinators, they’re definitely disrupting the ecosystem.  So we don’t want another [invasive] species.”

So can anything be done to prevent the spread of this new species?

“There’s no solution at the moment,” says Hanke.  “It’s a wait and see, but it’s really exciting to get the very first one.  In Canada, not just in British Columbia!”

Pointing to the specimen, which the woman hand delivered from Vancouver to the Royal BC Museum, Hanke explains that its origins, at this point, are unknown.  “The one we have here could be a stowaway, we don’t know, and it could have come from Orcas Island, or it could be from California, from the Eastern Seaboard, Kansas, or it could have been from Europe itself.  So, a little bit of DNA sleuthing and we should be able to figure that out.”

For many years, the public has been contacting Hanke with lizard sightings, and while he is grateful for this data, he would like to encourage a new information site.

“I would rather people start putting it into iNaturalist. Everyone can get iNaturalist on their phones, their tablet, their computer, and they take photographs and then submit the record, and it becomes global.”

And this is not simply regarding wall lizard sightings.

“It doesn’t matter if it’s an American Robin!” Hanke explains. “You can tag anything, and you instantly become a citizen scientist.”

And perhaps your sighting could be a game-changer, just like that family’s green lizard sighting in Vancouver. 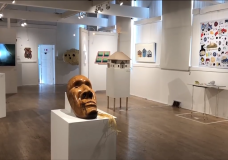 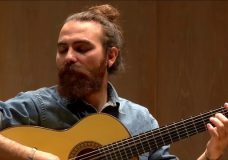