It’s been on Bob Cunningham’s bucket list for 40 years and he decided that Friday was the day to get to it.

In his 25 years jumping from airplanes, Gord Gauvin’s never skydived with someone quite like Bob Cunningham.

“For me personally it was the oldest tandem passenger that I had taken,” says Gauvin of SkyDive Vancouver Island. “A little bit of nerves go along with that but like I said he was a rock star.”

For his 85th birthday, he decided to do something completely different.

“Very simply it was on my bucket list for many years. I wanted to do it about 40 years ago,” says Cunningham.

So Friday he got aboard a plane at Qualicum Beach Airport, clipped in with Gauvin and got ready to check off that list from 10,000 feet.

“It’s one of the few things in your life that you’ll remember for the rest of your life,” says Gauvin.

Cunningham tells CHEK News the feeling before the jump is something he’ll never forget.

Then 40 years of only wanting to do it, became history.

“Put the legs out, hold the body position, jump out and fly and that’s exactly what Bob did,” says Gauvin describing the moment that was caught on video.

“He was spectacular. I’d take him again any day,” says Gauvin.

“I would do it again, I think I will,” says Cunningham. “I wouldn’t have missed that for the world.  When the chute opens and you’re floating down. The world is a beautiful place.”

“You know at 85 years old to be still out there and doing everything,” says Gauvin. “I can only pray that I’m still as active when I’m that age and there were a couple of other skydivers that were in their 20s that were here that day. They were regular jumpers and they’ve got a few hundred jumps each and they just shook his hand because they’re like wow 85. I hope that’s me too! I hope that’s all of us.” 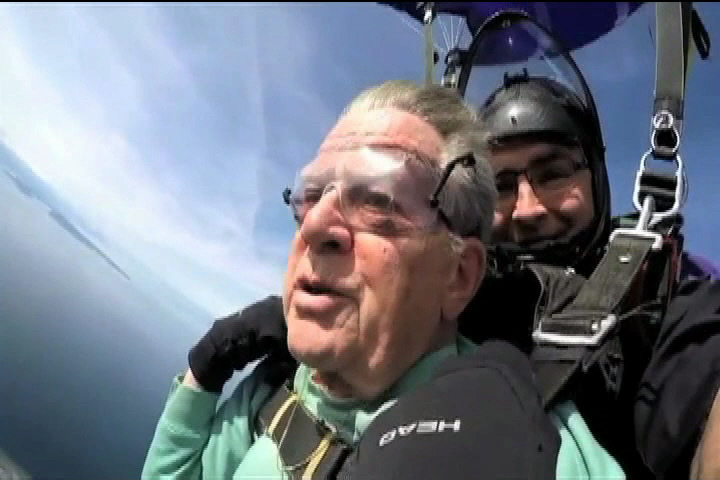 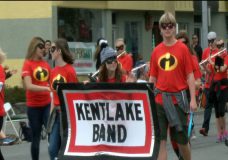 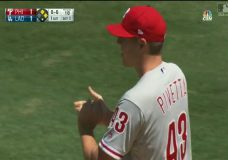