Power restored to thousands in Victoria after outage caused by balloons

Power was restored to more than 5,000 BC Hydro customers in downtown Victoria and surrounding areas Wednesday evening after an outage caused by balloons.

Just after 4 p.m., downtown Victoria, Fairfield and Fernwood lost power, according to BC Hydro. Some customers in Oaklands and James Bay were also affected by the outage.

The outage encompassed the area north of May Street, east of Johnson Street, west of Foul Bay Road and south of Kiwanis Way. There were 5,235 customers affected by the outage.

An object has fallen on our line causing an outage to 5,235 in #YYJ. Updates once the crew arrives onsite at 5:30pm: https://t.co/jnlOMIcaOF pic.twitter.com/pqOQZ7DJiA

BC Hydro spokesman Ted Olynyk said the balloons struck the hydro lines near Quadra and Yates streets, leading to the outage. At around 5:50 p.m., BC Hydro said power had been restored in the city.

Update: crews have now restored power in Victoria. Thanks to all for your patience! https://t.co/cDQvqACUGz

Balloons are fun until they get caught in power lines! Follow these simple balloon tips to help prevent outages: https://t.co/FLbvNUVbwT pic.twitter.com/weSUhsOFfR 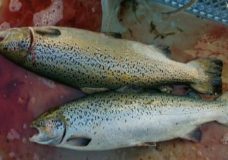 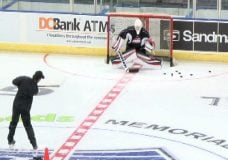 Victoria Royals begin training camp with glimpse of the future