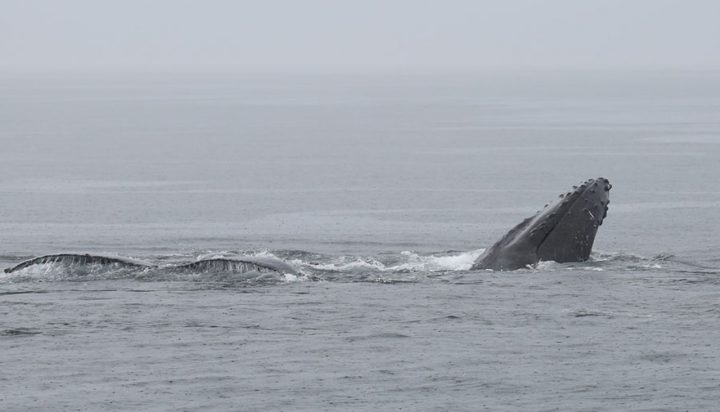 File photo of a humpback whale breaking through the water near Victoria.

Two passengers on a small whale-watching vessel were taken to hospital Monday after their boat struck a humpback whale that surfaced near Race Rocks Ecological Reserve.

Prince of Whales Whale Watching said one of its zodiac vessels hit the whale around 2:45 p.m. as the boat was in transit near Race Rocks.

The company said the humpback whale surfaced unexpectedly right in front of the vessel.

Two people were injured. They were taken back to Victoria Harbour and were then transported to hospital. One person is in stable condition while the other has been released.

The company said the whale did not appear to be injured. The Department of Fisheries and Oceans and Transport Canada are now looking into the incident. 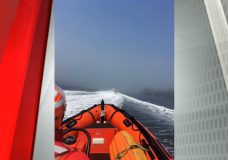 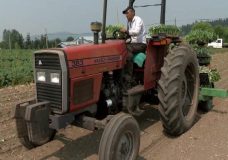