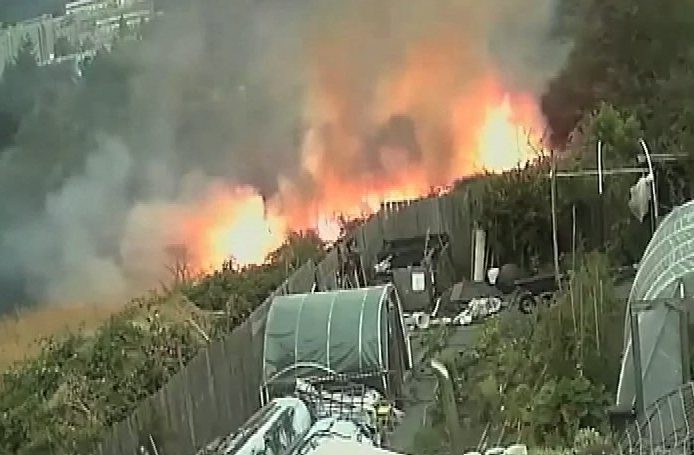 WATCH: The threat of wildfires remains extreme in many parts of Vancouver Island and that’s what makes this story all the more alarming. RCMP in Nanaimo believe there is an arsonist on the loose in the city who has started two grass fires in the past week. Surveillance footage shows one of the grass fires being set. Kendall Hanson has more.

Two grass fires in Nanaimo that started in a field near Howard Avenue appear to have been deliberately set, RCMP said Tuesday.

“It appears both fires were intentionally set,” Const. Gary O’Brien of the Nanaimo RCMP said in a statement.

The first fire was reported at 5:40 a.m. Police said a witness saw a man dressed all in black with a backpack walk through the field then crouch down. Seconds later, a fire started, police said. Nanaimo Fire Rescue went to the fire within minutes of the reports and quickly got the fire under control.

Then on Aug. 7 at around 3:30 p.m., a witness saw a small fire in the same field. The witness also saw a man running away. Police said the witness ran to the field and tried to stop the man but was unsuccessful.

The witness stomped on the fire. The blaze was later doused with water from Nanaimo fire crews.

“If not for alert witnesses and the quick response of City of Nanaimo Fire crews both fires had the potential to spread and cause significant damage to nearby homes,” O’Brien said.

The suspect in the second incident is described as a white man, 18 to 22-years-old, approximately 6 feet tall with short dark hair. On Aug.8, police described the suspect as wearing a dark shirt, with a white backpack slung over his shoulder.

On August 10, police released a video showing a man, dressed in black and carrying a black backpack, walking through a field. At one point in the video, the suspect crouches down and then flames appear. 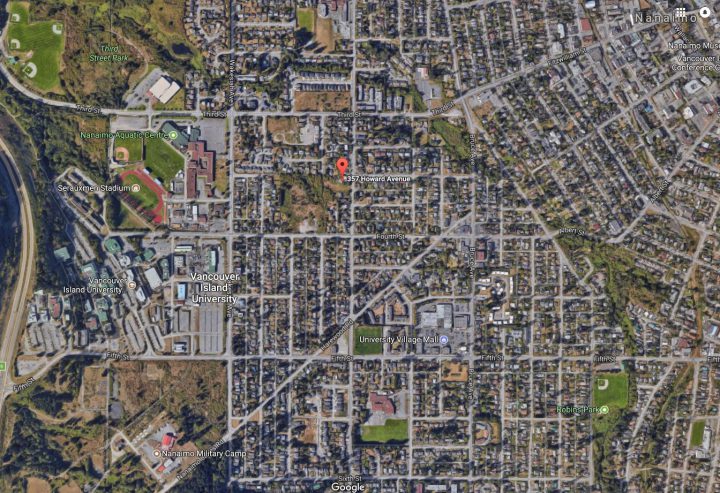 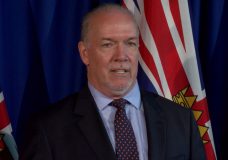 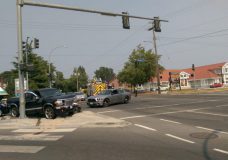