13 Victoria portables won’t be ready for start of school

Construction crews were hard at work Friday, rushing to try and finish two new classrooms at Reynold’s Secondary in Saanich.

But CHEK News has learned those portables, along with 11 others being added in the Greater Victoria School District to accommodate smaller class sizes, will be ready for students when they return to school on Tuesday.

“We’re pretty concerned,” says Jason Gammon of the Victoria Teachers’ Association (GVTA). “We were under the impression they’d be ready for school start-up.”

Officials say most of the portables should be ready by next Friday. But three of the portables, two at École Willows Elementary and one at École Quadra School, are prototypes being built by district staff and likely won’t be ready for several weeks.

“It’s disappointing but we’re really optimistic about how they will turn out so our message is they are going to be worth the wait at the end of the day,” says Mark Walsh of the Greater Victoria School District.

“We’re hoping the beginning of October for that one and for our remaining portables at Willows and Quadra we’re also hoping either the last week of September or the first week of October,” Walsh says.

That means four classrooms of students will have to be squeezed into shared spaces. In the case of Willows, officials plan to put up a curtain in the gym to accommodate the two classes that will be going into the portables.

“It’s going to be a pretty big concern for the teachers in those classes, as well as for the students and the parents,” says Gammon. “Not many teachers are going to want to teach in an environment like a noisy gym and a curtain’s not going to prevent the noise between the two classes so it’s going to be a less than ideal learning environment.”

With enrolment on the rise in B.C. schools, all the additional portables won’t solve the class size and capacity issues for long.

In fact, more portables will likely be needed next year right across the province. B.C.’s new education minister is now pledging to invest in infrastructure to address the issue.

“Portables are temporary solutions,” Education Minister Rob Fleming says. “They’re a symptom of over-crowded schools and they’re symbolic of the previous government’s underinvestment in school capital. It’s fair to say, there’s going to be a new emphasis on taking care of school buildings with this government.”

That means closed schools like Victoria’s Richmond Elementary could re-opened.

The GVTA had called for that to be done this year, instead of adding portables at nearby schools, but district officials say doing that without a proper review didn’t make sense.

There are several closed schools they now plan to look at as a long-term solution to the portable problem. 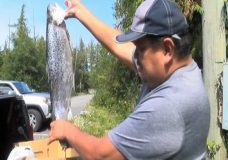 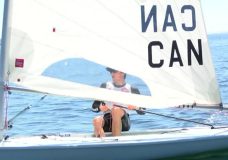