Tina Dawson has become a community leader at the parking lot encampment next to Victoria’s Royal Athletic Park. Dawson has only been homeless herself for nine months.

“It took one trauma to happen financially and with the COVID pandemic,” she said.  “I don’t think people realize it’s one slip and it’s done,” she said.

Yet Dawson says she won’t be signing up when the Save-On-Foods arena shelter a block away reopens March 1.

READ MORE: B.C. Housing to reopen Victoria arena as emergency homeless shelter, but not until March

“I can tell you not one of these people here want to move in there,” she said.

“It’s inside a place that’s being monitored and controlled and you don’t feel the safety of having people we know as our neighbours.”

The arena shelter is one of the ways the province hopes to meet its goal of moving the roughly 200 people currently camping outside in Victoria to indoor accommodations by the end of March.

“Between BC Housing, Island Health, the city, everyone is actually out in the parks finding out who’s out there, what they need, what their health needs are, BC Housing is going to be moving the most vulnerable people first so it feels orderly and organized and doable,” Victoria Mayor Lisa Helps said.

According to Helps, between the arena, a youth hostel opening Friday, and a tiny home village planned near Royal Athletic Park, 102 new spaces have now been secured with BC Housing still in talks to possibly secure another motel site.

Some are raising concerns, however, that many of these sites are only temporary and not solutions at all.

“It gets exhausting moving,” Dawson said.

Those who run the shelters say even the temporary accommodations can be a good place to start.

“It gives us housing staff opportunities to work with people one on one, stabilize them then be able to move them on to more permanent or appropriate housing so it is working,” said Leah Young, Director of Housing and Shelters for Our Place Society.

The plan remains to give everyone currently camping outside an indoor option in the next months.

At that point, the city will look to end 24/7 camping in parks, likely by April 1. 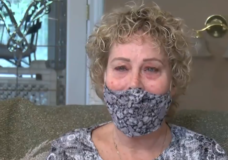 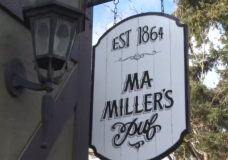 Legendary Langford pub will close its doors for good on Sunday