Legendary Langford pub will close its doors for good on Sunday

January 30, 2021 updated
CHEK
Ma Miller's Pub in Langford will see it's historic run come to an end on Sunday after the owners and landlords failed to reach an agreement.

The legendary Ma Miller’s Pub in Langford will close its doors for good on Sunday night.

Owner Jessica confirmed the rumours on Friday that had started swirling online in regards to the popular watering hole shutting down for good.

“We are closing on Sunday due to our lease being up, and are not able to stay month to month at this time,” Barry said.

Barry declined to go into further details on how the negotiation process with the property owners played out and how things got to this point.

“Obviously we’re very sad and I wasn’t expecting to go anywhere. We all had big plans and big ideas for this next year and to not be able to have that is disheartening” She said.

The landlords declined to do an interview, but in an email said they and Barry simply could not reach an agreement on a lease renewal and that, despite online speculation, they have no plans for the building at this time.

Barry took over as the owner five years ago, but the pub’s history dates way further back than that.

The doors first opened back in 1864 – originally known as the Millstream Inn – and in 1923, it was taken over by May Greening-Miller, better known as “Ma”. The current structure of the building was built in the 1930s.

For regular customers like Ron and Teresa Stachowski, the pub holds extra significance.

Back in 1990, they signed the contract for their first home while enjoying a drink at their usual table.

“It was so comfortable in here that we weren’t expecting anything like this to happen,” said Ron.

Barry doesn’t know when or where she’ll pour her next beer, but she’d like the pub’s final few days to be a celebration, not a funeral.

“Everybody has been has been such a great supporter of the pub for so many years, they’re sad to see it go, but we have to make the best of it and have some fun,” Barry said.

The pub will hold a weekend-long celebration before shutting the doors for good on Sunday night.

READ MORE: Assault victim in Nanaimo hopes her attacker ‘gets the help she needs’ 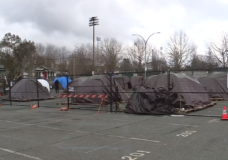 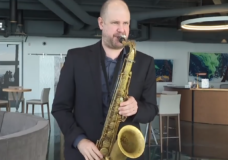