Posted: Mar. 11, 2020 6:14PM
CHEK
WatchVancouver Island's newest tool in the fight against goose poop has reached the offices of the ice-resurfacing company Zamboni.

Vancouver Island’s newest tool in the fight against goose poop has reached the offices of the ice-resurfacing company Zamboni. The company, whose brand name is used to describe ice resurfacing machines around the world, says it’s not trying to be a brand bully but doesn’t like having its name associated with feces.

“As you can imagine the connotation of a poop Zamboni is not really something we want to have out there,” says Greg Dean, the vice president of sales and brand management.

During an interview with CHEK News on Monday, Mike Hicks referred to a metallic goose poop disposal unit as a “poop Zamboni”.

The machine which is technically called a “Tow and Collect” was recently purchased by the Juan De Fuca politician to help clean up goose poop on local fields.

Several stories online also referred to the machine using the same name and eventually, it caught the attention of brand managers at Zamboni.

“Our initial reaction to anything that has our name in it is obviously to go into protection mode,” says Dean.

In response, the company sent an email to Hicks as well as several media outlets including CHEK News.

“It has come to our attention that an article shared by your publication online (and possibly in print) has improper references to our federally and internationally registered trademark, ZAMBONI. While we appreciate the apparent affinity for our brand name and products, Mr. Hicks (the inventor?) is quoted in the article referencing ZAMBONI in connection with his machine,” the letter says.

Mike Hicks says he didn’t mean any harm and won’t refer to the machine as a Zamboni anymore.

The company says despite the email, it won’t be getting its lawyers involved and Hicks doesn’t need to worry about any legal repercussions.

Since the story aired Monday, Hicks says he’s been contacted by politicians all over British Columbia inquiring about the machine.

“I’ve got calls from Squamish, Kimberly, Esquimalt and the Westshore,” he says. “it’s hit a nerve for sure and I think it’s because everyone has problems with geese”.

Hicks argued that the machine was for recreation purposes which allowed him to tap into Federal Gas Tax funds to pay for it.

Once attached to a vehicle, the machine’s wheels drive brushes which flicks the excrement into a catcher. Hicks has been testing out the machine in Sooke for weeks, unloading the droppings on the side of the field. He says they can be used for compost, or even sold for charity.

As for what the machine should be called, Greg Dean from Zamboni says he’s not really sure but did offer one suggestion. 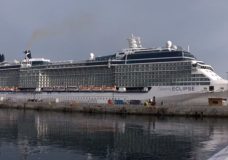 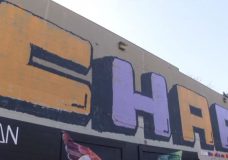