Posted: May 25, 2020 6:17PM | Last Updated: May 25, 2020 6:20PM
CHEK
WatchIt's been more than two months since airports across Canada saw passenger numbers plummet due to COVID-19. As restrictions begin to ease, the Victoria International Airport is getting ready for an uptick in flights, but as Julian Kolsut reports, it will be months before the recovery process will begin.

Victoria International Airport has been hit hard during the COVID-19 pandemic, seeing a more than 90 per cent drop in both passenger numbers and revenue.

Only four aircraft for a total of eight flights visit their terminal every day — none of them international.

“We are well over 90 per cent down from what our traffic would have been from 2019 figures,” said Rod Hunchak, director of  Business Development and Community Relations for YYJ.

“So whereas somedays we had 100 flights coming and going, we have eight.”

The dramatic drop in flights has also grounded any financial upside.

“We are down over 90 per cent of our revenues as well,” he said.

“Our revenues were previously 40 million dollars. We have been hit quite significantly in terms of our finances.”

Last year, the airport averaged $3.3 million a month. With the major reduction, on average, it would only be making around $300,000.

Major airlines and businesses inside YYJ have been hit hard with layoffs, but the airport authority says it is not looking at cutting jobs.

There were some passengers Monday at the airport. On WestJet’s Q-400 to Vancouver, only 12 were on-board the aircraft that used to seat 78.

Staff say it’s a bump up from worse numbers over the past month. Passengers are now required to wear masks and some airlines are doing temperature checks before boarding. On the aircraft, there is space left between rows to maintain physical distancing.

And it’s not just the airport hurting, it’s the entire travel industry.

“It has been horrendous,” said Cathy Scott, Chief Exploration Officer at Departures Travel in Victoria.

“We are all trying to look at it one day at a time, and what we can do to mitigate our circumstances. I’ve heard statistics from anywhere from 30 to 40 per cent of the travel-related and tourism-related businesses will go out of business through this.”

At YYJ some of the cancelled flights will start up next month, bringing some relief, but it won’t start to return to normal for the airport and the rest of the travel industry until the end of the summer.

“In June, we will start to see some bit of improvement,” said Hunchak.

“Pacific Coastal is going to be resuming flights, Alaska Air will be able to commence their operation to Seattle, tentatively scheduled for June 21st. Air Canada is bringing on some additional flights throughout the day, we expect WestJet to follow.”

But Hunchak says some models show it will still take two to three years for both airports and air carriers to recover. 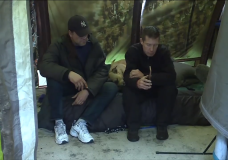 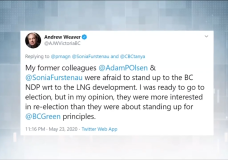