The last few weeks have been incredibly difficult for 11-year-old Leila Bui and her family.

The Saanich student was put in a medically-induced coma after being hit by an SUV at the intersection of Ash Road and Torquay Drive in Gordon Head a few days before Christmas.

She was on her way to school at the time and suffered potentially life-threatening injuries.

Bui’s family says the grade six student underwent surgery to stabilize her spine on Thursday and she’s been put on numerous medications and treatments to try and improve her prognosis.

The family sent out an update saying “She still has many difficult obstacles to overcome but Leila is strong, determined, stubborn and a fighter.”

The family says they’re overwhelmed by the out-pouring of community support and “floored” by the generosity of friends, family and community members who have rallied around them.

Two GoFundMe pages have been set up for the family so they can focus on Leila and their three other children. This GoFundMe page for Leila Bui, set up by the Torquay Elementary School Parent Advisory Council, has already raised more than $17,000.

Another GoFundMe page for Leila Bui, set up by a family friend has raised around $14,000 ? bringing the total raised so far to more than $31,000.

The investigation into the crash is on-going and concerns about the intersection, and how dangerous it can be, have been raised for years.

The intersection is scheduled for a Saanich traffic committee review later this month. 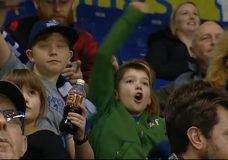 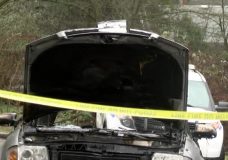