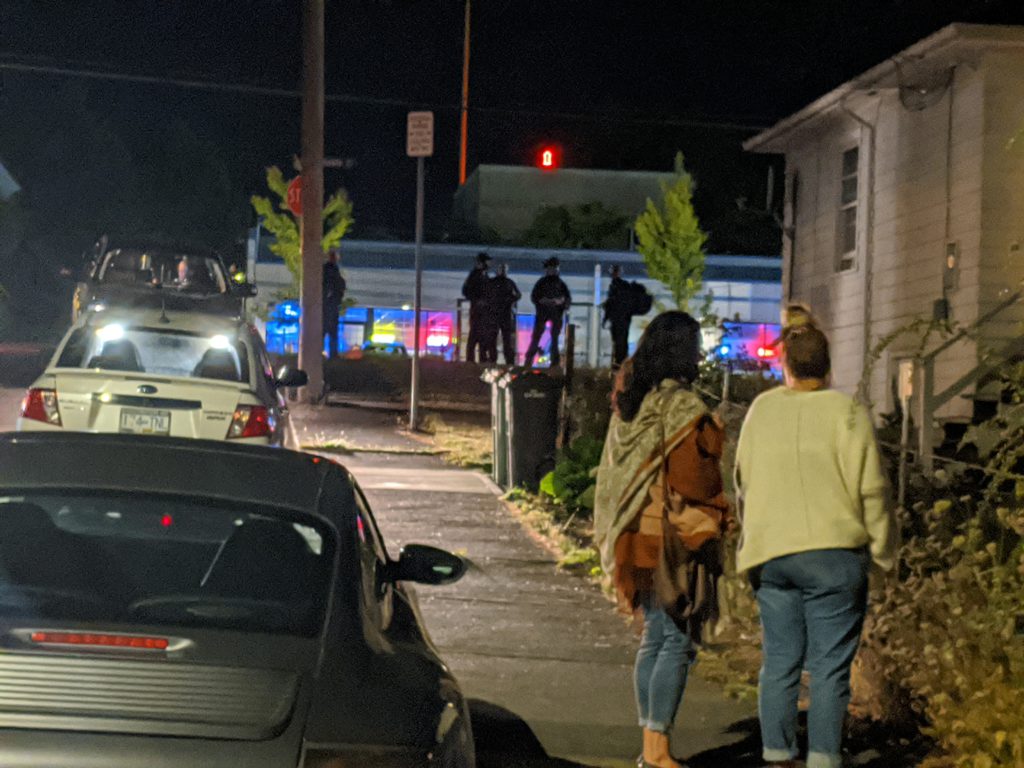 Iain Rose
Police on the scene of a standoff on Burnside Road East on Aug. 13.

The Greater Victoria Emergency Response Team has arrested a woman following a series of events that included two break-ins as well as a barricade that lasted nearly four hours.

According to a police report sent by VicPD, patrol officers were called to a vehicle dealership in the 500-block of Francis Avenue on Thursday evening following a report that a woman had broken into the business.

Police said that while inside, the woman attempted to steal a vehicle. She was able to access the vehicle and, during the attempted theft, drove the vehicle into the dealership’s garage doors, according to the police report.

After failing to get the vehicle out of the dealership, the woman fled the scene – leaving the vehicle running – before Victoria Police arrived on scene, authorities said.

As VicPD launched their investigation into the dealership break-in, another report was received about a break-in at a residence in the 400-block of Burnside Road East.

Police responded to the residential break-in at around 10:40 p.m. on Thursday night.

According to the report, the Burnside residents had returned home and found an unknown woman inside.

When officers arrived, they said that the woman had barricaded herself in the basement. Police said that they were able to confirm during the barricade that it was the same suspect from the break-in and the car dealership.

The Greater Victoria Emergency Response Team (GVERT), along with Crisis Negotiators were deployed to the scene.

Police said that negotiators worked for several hours in an effort to resolve the incident, however, negotiations failed. This led to GVERT entering the house at approximately 2:15 a.m. on Friday morning.

Authorities state that GVERT used a noise distraction device and a less-lethal ARWEN round to take the woman into custody.

Witness Iain Rose said his house was broken into during the standoff. He said she closed herself off in a room and police then fired flash-bangs

Tonight hear from the man who had his Burnside Gorge home broken into overnight. 4-hour standoff. Bed lit on fire. Place trashed. Intruder even put on his GF's clothes and told police she lived there. More on @CHEK_News. #YYJ pic.twitter.com/6EAH6QghG6

The woman was transported to the hospital for routine assessment following the incident. After being medically cleared, she was transported back to the Victoria Police Department to be held for morning court.

Police say the woman faces recommended charges of break and enter with intent.

Forensic Identification Services officers were called in to document the scenes as investigations into both of these files continue.

Rose says the Burnside Gorge neighbourhood has taken a turn in the last few months, with his girlfriend’s car broken into recently and items stolen from his backyard. 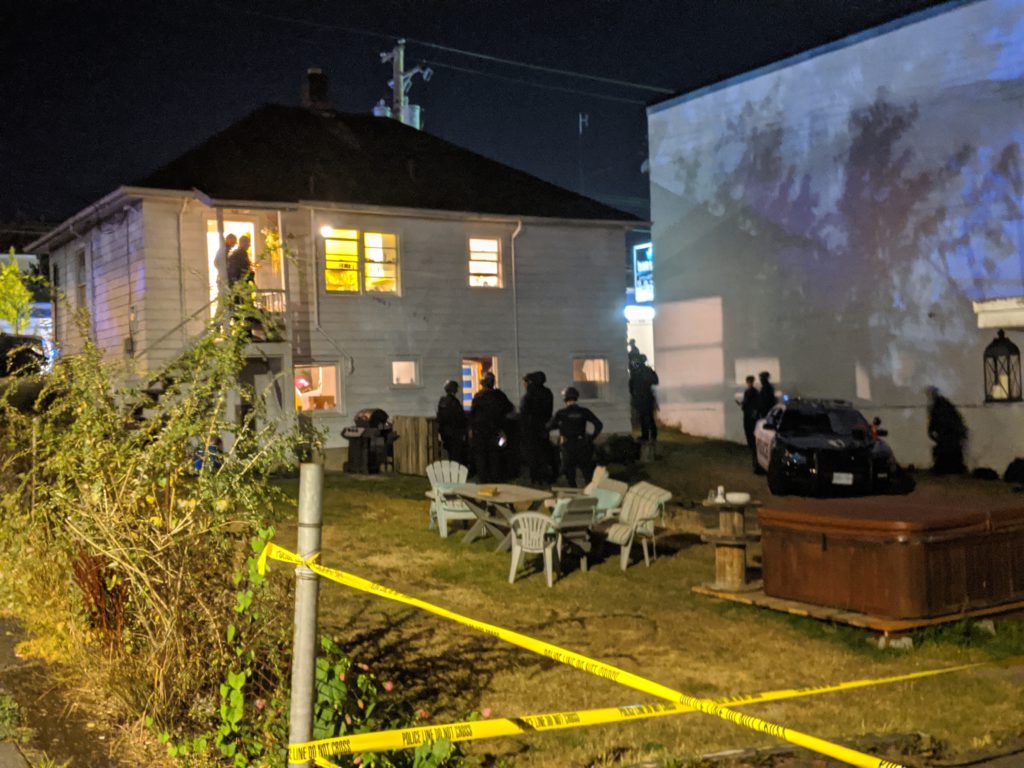 Police on the scene of a standoff on Burnside Road East on Aug. 13. (Iain Rose) 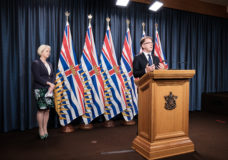 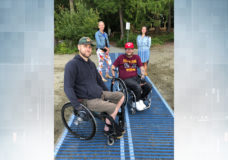