Witnesses to drive-by shooting in Nanaimo testify in trial

WATCH: Witnesses say it’s still difficult to talk about. Three people who saw a 2016 drive-by shooting in Nanaimo recounted the details of the violent and destructive incident in court today. Two Surrey men are on trial in connection with the incident that left police cars damaged and police officers hurt. Kendall Hanson has the latest.

Three witnesses of a drive-by shooting in Nanaimo nearly three years ago testified in a Supreme Court trial Thursday.

Huong Dinh was among them and she said she is still traumatized by the incident.

“It was so shocking. It’s still hard to talk about it,” said Dinh in an interview outside the courthouse.

She had just parked on Wakesiah Avenue when a masked man began firing a handgun out of a moving car at the parked car in front of hers.

Dinh testified the person was wearing a black mask but she believed it was a man because of the person’s size.

Vancouver Island University student Motaz Alharvi was inside the car that was shot at.

There is no evidence he was the intended target.

Alharvi testified that he was shocked by the sound of the gunfire. He first thought it was a prank but then he saw the bullet holes in his car and bullet casings on the road. He then called 911.

Nanaimo RCMP arrived and they later spotted the suspect’s car on Cedar Road. The car failed to stop and a police pursuit down Highway 1 ended in Duncan.

By the time it ended, four police cars had been rammed and two officers injured. Police arrested two men from Surrey at the scene.

Twenty-one-year-old Armaan Chandi is now on trial on multiple charges including attempted murder but the events from that day have still left witnesses feeling shaken.

“It’s the memory you can never unsee,” said Dinh.

The trial is scheduled for two weeks.

Twenty-one-year-old Inderpaal Aulja pleaded guilty Monday to charges of attempted murder and failing to stop for police for his involvement. He will be sentenced at a later date. 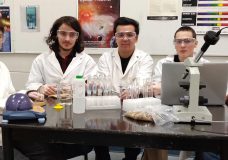 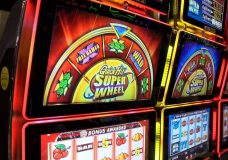