Storm Alert: Winds up to 120 km/h expected to hit parts of Vancouver Island

We’re into storm season on the B.C. south coast but the next few days could be especially stormy for Vancouver Island.

Environment Canada has issued wind warnings for the North Island, the West Island and the East Island from Courtenay to Campbell River, with potentially damaging winds forecast for Thursday.

“We are expecting wind speeds gusting as high as 100 kilometres an hour, of course that will be on the outer coast and not so much inland,” says Environment & Climate Change Canada meteorologist Terri Lang.

Exposed areas of the North Island could even see gusts up to 120 kilometres per hour, which is hurricane-strength.

High winds are expected to ease by Thursday evening but it’s what’s coming next — Sunday and Monday — that has forecasters worried.

“It’s a rapidly intensifying low pressure system,” Lang says. “Some people like to call it a weather bomb, but it certainly is a very intense low pressure system and that means it rapidly deepens and what that does is create very, very strong winds.”

There’s still uncertainty about the path of the storm but it could be the first of many big storms this fall and winter.

Storm season could be especially bad this year

“It’s going to be very stormy, a lot of windstorms, a lot of rain,” says AccuWeather senior meteorologist Brett Anderson.

Accuweather’s winter forecast is calling for above-normal rainfall and a lot more snowfall at higher elevations.

It’s due to a strengthening La Niña. The abnormal cooling of surface waters near the equator usually mean B.C. will be in the bullseye of the jet stream.

“The term atmospheric river is probably going to be used a lot during the course of the winter and that usually means you see a lot of moisture coming all the way from the subtropical regions,” Anderson says. “Based on what I see, I think this winter will be wetter than the past five winters in southern British Columbia.” 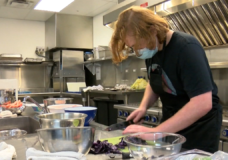 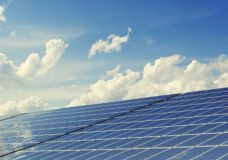