Wind warnings issued for most of Vancouver Island

It’s going to be windy in many parts of Vancouver Island and Canada’s national weather agency wants you to know about it ahead of time.

“Strong southeasterly winds will develop ahead of an intense low pressure system approaching Vancouver Island on Sunday and continue through to Monday,” the weather agency said in a statement on its website.

According to Environment Canada, the Greater Victoria region can expect high easterly wind reaching speeds of 70 km/h beginning Saturday night and lasting through to Sunday morning.

“Winds through Juan de Fuca Strait will ease Sunday afternoon, but windy conditions will persist near Haro Strait for the rest of Sunday until Monday afternoon.”

Southeast winds of 80 km/h gusting to 100 km/h are expected for western Vancouver Island starting Sunday and through to midday Monday.

“As of now, there is good confidence for the strongest winds to be over West Vancouver Island and that the low pressure system will track across northern Vancouver Island on Monday,” the agency said.

The wind warning for eastern Vancouver Island covers Courtenay to Campbell River and Nanoose Bay to Fanny Bay, according to Environment Canada. Those regions can expect southeast wind speeds of 70 km/h gusting to 90 km/h.

“Winds over exposed coastal sections near the Strait of Georgia will reach 70 km/h gusting to 90 km/h on Sunday morning. Winds will ease for a few hours late Sunday afternoon and then strengthen to southeast 50 km/h to 70 km/h in the evening,” reads a statement on the weather agency’s website.

“A rapidly deepening low pressure system from the Pacific will approach Vancouver Island on Sunday. Rain and strong winds will begin on Sunday morning,” the agency said on its website.

Environment Canada warns that the high speeds could cause damage and that loose objects may be tossed by the wind and cause injury or damage. 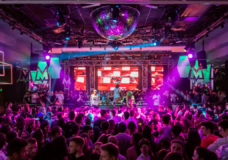 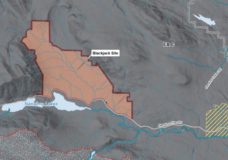