Will the B.C. government compensate parents for Saanich school strike?

Posted: Oct. 29, 2019 5:46PM | Last Updated: Oct. 30, 2019 12:48PM
CHEK
WatchPressuring is mounting for the province to intervene in the Saanich school strike and to provide compensation for parents. Tess van Straaten reports.
Michelle Boshar pulled her son, Aaron, who’s on the autism spectrum, out of the Saanich School District three years ago due to the shortage of educational assistants.

And now, his younger sister is also home because of the school strike.

“As a special needs parent, it is a daily struggle and it’s hard to have hope when stuff like this happens,” says Boshar, who had to stay home from work on Tuesday. “It’s just hit after hit after hit.”

Tuesday is the second day of the strike by support staff in School District 63 — including educational assistants, clerical workers and counsellors.

They’re seeking wage parity with the Victoria and Sooke districts, where EAs make at least $3.60 more an hour.

That disparity’s led to shortages and high staff turnover.

And now parents are the ones paying the price — shelling out $200 a week per child for most day programs and around $200 a day for special needs care.

“It’s incredibly difficult,” says Boshar. “People are taking off work, people are losing their jobs if they can’t go to work.”

With the two sides deadlocked, frustrated parents are now calling on the province to intervene and find a solution.

There are also calls for compensation, similar to what the province did for the 2014 teacher strike when parents received $40 a day per child.

But when the education minister was asked whether there will be compensation for School District 63 parents, he would only say this:

“Our goal remains to get kids back in school in school district and get a good contract that’s fair for support staff and that’s what we’re working for,” Rob Fleming says.

Asked if that was a “yes”, Fleming said: “Our job is to try and get a resolution to this and that’s what we’re doing.”

But many say the province caused the problem by capping wage increases to two per cent a year.

“The provincial government has provided a negotiating framework the school district has to negotiate in and that has pretty well restricted them to limiting their ability to put an offer on the table that is going to address the wage gap,” says Green Party MLA Adam Olsen, who represents the riding. “It’s the education minister’s responsibility.”

As for compensation for parents, it will likely depend on how long the strike drags on. 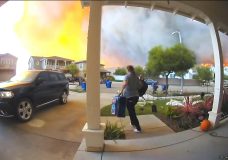 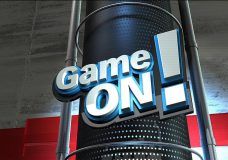