Posted: Jul. 15, 2017 6:35PM
CHEK
Firefighters in the Comox Valley spent Saturday battling a strong brush fire there.
The dry conditions on Vancouver Island have many communities at high and extreme danger ratings and the quick movement of the fire on Comox’ Curtis Road shows what has everyone so worried.
With smoke rising all around and strong winds from the Comox bluffs fanning the flames, firefighters struggled to get a handle on Saturday’s fast moving brush fire on Curtis Road.
“Yeah it’s pretty big I’m kind of worried,” said Comox resident Ben Watson.
Ben Watson’s father owns a home right close to the fire that could be in jeopardy if crews can’t stop the fire’s advance. “We saw the flames and we quickly realized it was spreading to our property and I’ve just been waiting on news ever since,” he said.
Fire crews from Campbell River, Comox, Cumberland, Courtenay and Oyster River all responded to the scene east of the town of Comox Saturday afternoon, with assistance from the BC Forest Service.
They even had the fire department at 19 Wing Comox on standby, as winds fanned the flames in extremely dry conditions,  that the unfolding situation in the Interior has made everyone worried about.
“So I mean they’ve got more action going on here than I’ve seen before,” said Comox resident Leslie Yerex. “This is awesome. I think they’re going to get it out in no time. It’s just a matter of getting water to it.”
Since there are no fire hydrants in this area, crews trucked it in. As neighbours on both sides of the fire watched to see if it would turn their way.
“As a long term resident of McMurray I know what happens when the wind shifts and it can do it pretty quick so very cautious you know ready to move out in a second or two,” said neighbour Gary Fizzell.
With the quick response by neighbouring fire departments, crews gained control of the fire by 4 pm. Saving all structures in the fire’s path and sending relief through Comox.
Crews expected to be on scene dousing hot spots through Saturday night, as high winds and dry conditions continue to raise the threat of a flare up. 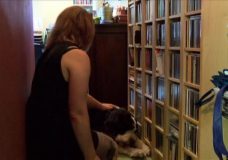 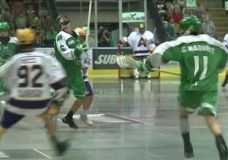