White Christmas not in the cards for Greater Victoria this year, meteorologist says

A stretch of dry, sunny weather will come to an end when a blast of winter hits the South Island on Saturday, but if you’re hoping for a white Christmas you may be out of luck.

Flurries are in the forecast with a 40 per cent chance of precipitation Saturday night, though no weather warnings have been issued yet.

“It looks like the Saturday night to Sunday period is when we could see some snow across Victoria and the South Island. A few centimetres is possible at this point,” said Environment Canada meteorologist Trevor Smith.

But will snow blanket the region a week later for Christmas? Many residents would like that.

“I have two dogs so they will always enjoy a white Christmas,” one woman told CHEK News Thursday. “I like how Victoria usually has one day of white, then back to this type of weather. I can handle that kind of weather.”

Others say after the last two Christmases during the pandemic, a touch of snow would be just the thing to cheer everyone up.

According to historical data from Environment Canada, there’s a 21-percent chance of a white Christmas in Victoria.

For the so-called perfect Christmas, there would already be two centimetres of snow on the ground as the flakes fall, but there’s just a six per cent chance of that happening.

The best odds are for the traditional west coast green Christmas at 28 per cent.

Victoria’s last perfect Christmas in 2008 resulted in snow hanging around for days.

Fast forward to 2022 and many are trying to beat the Christmas — and snow — rush as stores stocking winter wares are busy.

“In the last couple of weeks we’re selling so many base layers, like merino wool like I’m wearing. Lots of parkas, a lot of people are anticipating the snow. And unsure if they’ll be able to make it in,” said Robinson’s Outdoor Store co-owner Erin Boggs. “And as Victoria is a last-minute city, we’re really seeing that now.”

It’s in the forecast for the weekend, but will the snow last until Dec. 25? The meteorologist knows, and he isn’t keeping the news to himself.

“Yes, I’m ruining Christmas for all the children out there,” joked Smith. “Just remember last year, right? We gave people a white Christmas for most areas last year.”

As for this year, a maritime system will bring warmer temperatures and rain to the region — a true west coast forecast, just in time for Christmas. 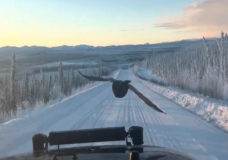 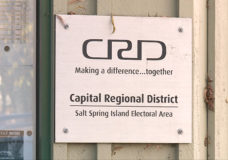