October 27, 2019 updated
Chek
Watch The nearly 4-month long strike at Western Forest Products has started crippling young families up and down the coast, and they're appealing for someone to step in.

The Marsh family of North Cowichan is one of thousands stretching every drop in their savings, and hanging on by a thread financially right now.

“There’s lots of us that are in the same position,” said Dianna Marsh, whose husband is a striking WFP worker.

“That are in the same boat,” she said.

The strike by 3,000 Western Forest Products workers will reach its four month mark on November 1st.

“It is not looking good by any means,” said striking WFP worker Dale Marsh.

“What has to happen in people’s lives for the government to see this struggle,” he said.

“I really believe that it’s not going to end,” said Dianna Marsh.

“It’s not coming down the pipeline. It’s going to be a long haul,” she said.

Dianna Marsh says even though her husband Dale – who has worked for Western Forest Products for seven years – has picked up work on the side, and she works, it isn’t enough to cover their mounting bills.

BC Hydro has issued them disconnection notices, and their church even had to buy them groceries to fill their bare shelves.

Hope is now running low that the strike will end even this year, so Dale Marsh had to tell his 13-year-old son he couldn’t afford to put him in his favourite sport, hockey this year.

“And to sit there and tell him that,” said Marsh. “It killed me as a father.”

“It’s heartbreaking,” said Dianna Marsh. “A 13-year-old shouldn’t have to be worried about finances.”

“Just because the strike is doing this to our family,” said 13-year-old Randy Marsh.

So the Marshes are pleading for both sides to come back to the table and provincial officials to act.

As 3,000 coastal families like the Marsh’s struggle to see an end to job action that’s threatening life as they know it. 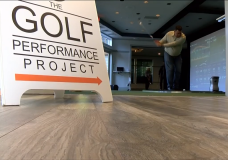