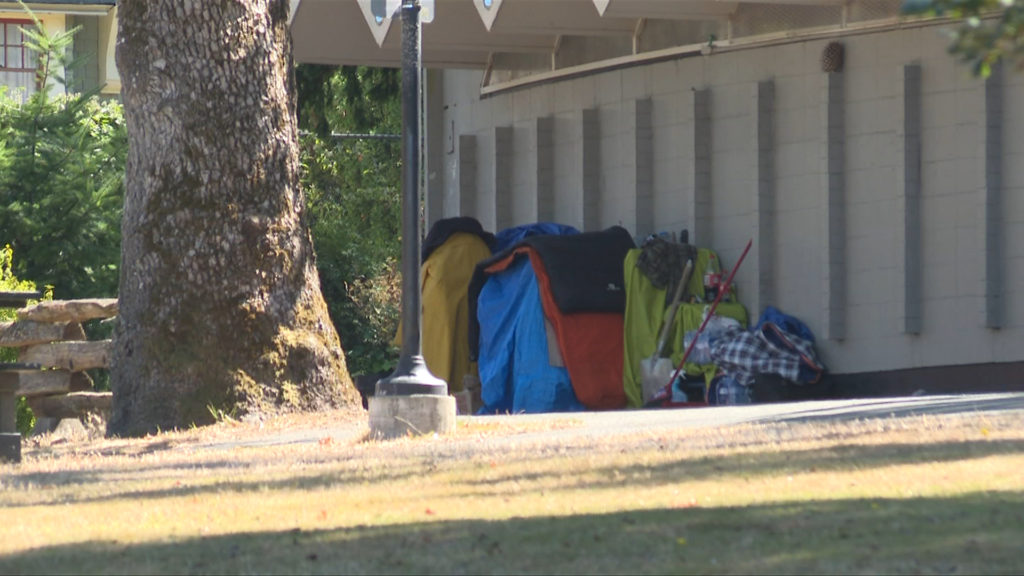 Some neighbours to Stadacona Park in Victoria are living in fear after what they are describing as an increase in threats, theft and other crime.

Near the start of the COVID-19 pandemic, a directive from the City of Victoria permitted 24-hour camping at the park. But as of May 2021, it was reduced to just 12 hours — meaning tents must come down by 7 a.m.

According to residents who live nearby, however, that is not the case and it’s sparking concern.

People living next to Stadacona Park told CHEK News that police seized what appeared to be a gun and two hammers from a homeless person on Sunday morning.

Victoria police have not yet confirmed the incident.

One concerned local, who didn’t want to be named, says the hope is that the city will end all sheltering in the park and restore the green space.

“In the time that I have lived here, it’s only been a year … our Stadacona Park has become really an unsafe place to wander through,” the woman said.

“We feel it’s time that the city takes a stand and assists the police and bylaw officers in finding alternative housing for these individuals.”

But it’s a complex issue, according to Grant McKenzie.

In an interview with CHEK News earlier this month, the communications director at Our Place Society said living on the street is “no dignified place to be.”

“I don’t think anyone should be on the street or in parks,” McKenzie said.

Victoria’s latest point-in-time homeless count happened in 2020 and found an estimated 1,500 homeless people across the city.

“They should all be in housing,” McKenzie added.

“But if we don’t have that housing, then that’s what you see, you see people on the street because they don’t have access to housing or shelter.”

Nearby residents say they’re worried about ongoing problem activities happening at the park, including the ignition of bear bangers “day and night” and open-flame candles that increase the risk of fire.

The anonymous woman backing the petition has also noticed an increase in breaking and entering into cars in the area and finds that the park is often littered with needles and other drug paraphernalia.

“It’s really ramped up in the last three years because of the pandemic. We’ve lost our park. And that’s what we want back — we want our park back,” she said.

“And children don’t come here anymore. Families don’t bring their children here anymore. It’s really sad. We want to save the park for all of us, young and old.”

CHEK News reached out to VicPD for more information regarding Sunday morning’s incident at Stadacona Park but has not yet heard back. 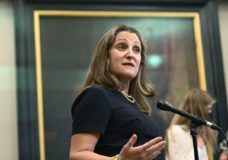