As B.C. continues to grapple with the health care crisis, some experts are calling for the province to open the door for another profession – physician assistants.

Physician assistants are highly skilled health care professionals who can provide a broad range of medical services as “physician extenders,” according to the Canadian Association of Physician Assistants.

“We’re kind of like, residents for life is one way to kind of put it or physicians in training for life,” said Eric Demers, who is a physician assistant, and advocate for British Columbia Needs Physician Assistants. They work under the licence of a doctor.

Demers lives in Victoria, but he works in the Northwest Territories, because physician assistants aren’t authorized to work in B.C.

While he acknowledges that physician assistants aren’t the solution to the health care crisis in the province, he believes it will help out a lot.

“Why do we have a million people without a primary care provider? Why do we have such long wait times?” Demers asked. “I think it’s all hands on deck, and we need to find ways to build effective teams that are affordable, effective, and meet the population demands.”

Dr. Alex Nataros has been working in Port Hardy as a family doctor and emergency room physician working since August and permanently since November. He says in order for the emergency room to function properly it would need seven doctors, currently, there are three.

Nataros says he sees physician assistants as one solution that would help alleviate some pressure, especially in rural communities.

"There's a real shortage of capacity and the limiting factor often is physicians. So what I'm calling for is a proven solution of physician extenders," Nataros said.

Nataros says in a primary care setting, physician assistants are capable of handling about 75 per cent of what a doctor can.

"In a community like Port Hardy of 4,000 or so where readily half those people don't have a family doctor, that's a big deal, because we know that good primary care is the best determinant of a healthy population."

Nataros says he is so confident the model will work, he is willing to pay for a physician assistant himself if the province approves the occupation.

"I'm saying I will pay for it out of my pocket," Nataros said. "I'm so clear that this will be an effective model that I will be able to make more money, but also most importantly, provide more care and better care if we're being honest because I will rather than be on call all day, all night, all day, all night, I'll be able to sleep at night and have someone working under me."

Demers has been advocating for physician assistants in the province since 2013, and he says the CAPA's annual survey 15 per cent of its 800 members indicated they would like to work in B.C. if the province allowed the workers.

"I think we're just missing opportunities," Demers said. "And we just need to start grabbing those opportunities that are there for the taking."

For Port Hardy, Nataros says he has interviewed three physician assistants who are willing and ready to move to Port Hardy or the north Island if and when the province allows.

In a statement, a spokesperson with the Ministry of Health says it is currently assessing options like implementing additional health care professions and occupations, like physician assistants.

"The introduction of a new health profession requires careful consideration, management and significant resources to properly understand and address the inevitable team function issues that emerge from overlapping scopes of practice," the statement said, noting it recently published the BC Health Human Resources Strategy.

"One of these strategies is the recently announced implementation of 'Associate Physicians,' to help meet urgent and emergent patient care needs. The new Associate Physician classification was introduced by the College of Physicians and Surgeons of B.C. to support international medical graduates, who are not otherwise eligible for licensure as independent medical practitioners, to work under physician direction and supervision, to increase health system capacity and service delivery."

Doctors of BC says it strongly supports and advocates for the implementation of physician assistants. In October 2013, the organization released its policy statement where it said physician assistants are one way to address the health care shortage.

"Because of their unique practice model, their generalist training, and potentially broad scope of practice, there are many opportunities to utilize PAs in BC. A systematic review of the role of PAs in rural health care suggests that PAs are a good fit for rural practice and are well-received by communities and physicians," the policy statement says.

"Other settings to deploy PAs include areas of medicine where their presence will improve access the most, such as anaesthesia, surgery/OR assists, emergency departments, and primary care. Provinces using PAs have demonstrated that they are a valuable part of the health care system." 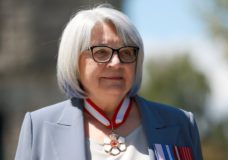 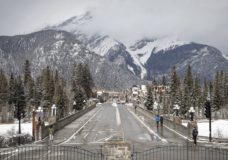