‘We’re in’: The Tenors, Trevor Guthrie and many more ready to Rock for Relief

April 15, 2020 updated
CHEK
WatchAhead of Friday's fundraising concert we speak to a couple of the musicians taking part and ask why they decided to perform in the virtual concert on CHEK.

Ahead of Friday’s fundraising concert, we spoke to a couple of the musicians taking part and ask why they decided to perform in the virtual concert on CHEK.

On April 17 at 8 p.m., CHEK will be hosting Rock for Relief: A Living Room Concert for Vancouver Island. Rock for Relief will feature performances by multi-Grammy award-winning Victoria producer and musician David Foster, Randy and Tal Bachman, the Tenors, and Trevor Guthrie. There will also be performances from current American Idol contestant Lauren Spencer-Smith, as well as local favourites Aaron Pritchett, Jesse Roper, Carmanah, Kathryn Calder and many others. Plus, there will be special appearances by Steve Nash, Silken Laumann, Rick Hansen and others.

Rock for Relief aims to raise money to support residents throughout Vancouver Island who are most in need during the pandemic. This Island-wide fundraising effort is a joint initiative between CHEK, the Victoria Foundation and the Nanaimo Foundation, with donors able to direct their funds to either the Rapid Relief Fund, supporting Greater Victoria and the Cowichan Valley (www.rapidrelieffund.ca), or the Island Response Fund, supporting communities north of the Cowichan Valley (www.islandresponsefund.ca).

Rock for Relief: A Living Room Concert for Vancouver Island will be broadcasted and streamed without commercial interruption on CHEK (Shaw ch. 6, Bluesky ch. 109/ Telus Optik ch. 121) as well as the CHEK Facebook page and YouTube channel.

Join musical talent from across Vancouver Island on Friday to help raise funds for Islanders who are most in need during the COVID-19 pandemic. More info here: https://bit.ly/2XMI1CX 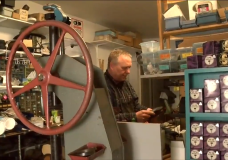 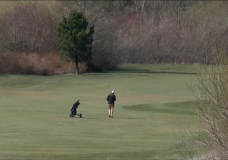