‘We pay for 5G but get 0G’: Texada Island residents worried about poor cell service

August 5, 2021 updated
CHEK
WatchResidents on Texada Island say there has been a significant reduction in cell service over the last year and that it's become almost dangerous in recent months. last two months.

The fire chief in Gillies Bay on Texada Island says there’s been a dangerous reduction in cell service over the last two months.

“Right now the cell phones are mostly useful for texting because they’re very unreliable when you’re trying to use them to phone someone,” said Chief Rob McWilliam.

He says the service began to deteriorate over a year ago and complaints were made to Telus but nothing was done.

Then, over the last month and a half, the ability to make a call or hear someone else on a call has got even worse.

McWilliam says they grumbled about it but then came a medical call for a heart attack when the victim’s spouse could barely call 911.

“His partner says he’d been trying to contact dispatch about the episode and his call kept dropping,” recalled McWilliam.

The issue was brought to the Gillies Bay Improvement District.

“I mean the world has gone mobile and to not have a service and not be able to make a 911 call or put in a call on a wildfire in any community in Canada is just not acceptable,” said GBID Chair Chuck Childress.

Other healthcare providers say they are worried about the impact of poor cell coverage.

“People are leaving messages on our answering machine and we can’t understand who is calling what they’re saying, what their phone number is,” said Susan Pirart, Nurse Manager of Health Services in Gillies Bay. “I try to phone people with test results but they aren’t getting our calls, I try to phone to book appointments and I basically end up saying I hope you can hear this, please come.”

Residents say they’re simply not getting the service they’re paying for.

“If I wanted to make a call at 5 o’clock in the morning that works pretty good then but other than that it’s really off and on,” said resident Leslie Goresky.

In a statement to CHEK News, Telus says the service issues are a result of upgrades being done at the local cell towner.

“As part of our ongoing investment in infrastructure and service upgrades across our network in response to increasing demand, Telus is currently upgrading one of our mobility sites located on Texada Island,” the company said.

Once complete, Telus says the network capacity additions will improve voice services across Texada and surrounding waterways, “improving public safety by providing more reliable service and access to emergency help” when its required. The company, in its statement, says the upgrades are expected to be completed by the fall and apologized for the disruptions.

“As we complete these upgrades, services could be temporarily affected, and we apologize for any inconvenience this is causing. We are working to finish these upgrades quickly, and anticipate all work will be completed by the fall.” 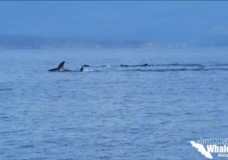 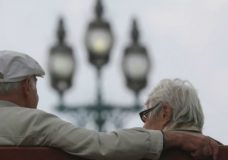 Seniors cut off from income supplement after receiving emergency benefits