WATCH: Neighbours in south Nanaimo have come together to help those who are hungry. While many are worried about supportive housing being located near their home, those on Wisteria Lane are welcoming anyone and everyone who would like a nutritious meal. Kendall Hanson has their story.

For close to two months volunteers have been using their backyard for something special. They’re providing warm meals and a little entertainment to people in need.

“There are lots of people here that knew there was a need,” said Tanya Hiltz, “We just decided to step in and fill this need now.”

There are 340 people in Nanaimo with no home and there are many more who regularly go hungry.

There are already breakfast and lunch services in the city, but nothing has been available in the evening, until now.

The chief organizer serves the meals in her own backyard and says her neighbours have been supportive.

“We have to stop the NIMBY-ism. Not in my backyard,” said Hiltz. “They’re human beings. They’re part of our community. Accept them. Get to know them cause everybody has a story.”

The food that comes thanks to donations, is cooked at a nearby church. So far, there’s always been enough despite a growing demand. One recent night volunteers served a record 190 people.

“I know how important it is and when I see people going hungry it makes me upset,” said Mike Haggarty, a volunteer. “So I just want to help out in some way.”

Nanaimo’s mayor has been a supporter since day one.

“Everyone is pitching in. That’s what this is about,” said Mayor Bill McKay. “This is about community helping community.”

Those who drop in for dinner say they appreciate those who make the evening meals a reality.

“I can honestly say I rely on it,” said Mike Henn, who is currently homeless. “Probably 50 percent of the meals I eat are here.”

The Wisteria Community Association says they could use a few more volunteers, and donations are always welcomed. 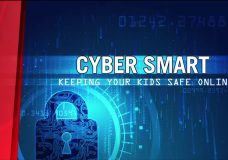 Cyber Smart Series Pt. 2: How to talk to your kids about cyberbullying 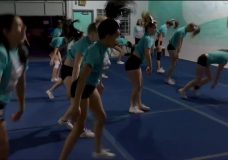